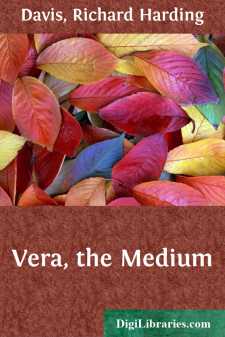 Happy in the hope that the news was "exclusive", the Despatch had thrown the name of Stephen Hallowell, his portrait, a picture of his house, and the words, "At Point of Death!" across three columns. The announcement was heavy, lachrymose, bristling with the melancholy self-importance of the man who "saw the deceased, just two minutes before the train hit him."

But the effect of the news fell short of the effort. Save that city editors were irritated that the presidents of certain railroads figured hastily on slips of paper, the fact that an old man and his millions would soon be parted, left New York undisturbed.

In the early 80's this would not have been so. Then, in the uplifting of the far West, Stephen Hallowell was a national figure, in the manoeuvres of the Eastern stock market an active, alert power. In those days, when a man with a few millions was still listed as rich, his fortune was considered colossal.

A patent coupling-pin, the invention of his brother-in-law, had given him his start, and, in introducing it, and in his efforts to force it upon the new railroads of the West, he had obtained a knowledge of their affairs. From that knowledge came his wealth. That was twenty years ago. Since then giants had arisen in the land; men whose wealth made the fortune of Stephen Hallowell appear a comfortable competence, his schemes and stratagems, which, in their day, had bewildered Wall Street, as simple as the trading across the counter of a cross-roads store. For years he had been out of it. He had lost count. Disuse and ill health had rendered his mind feeble, made him at times suspicious, at times childishly credulous. Without friends, along with his physician and the butler, who was also his nurse, he lived in the house that in 76, in a burst of vanity, he had built on Fifth Avenue. Then the house was a "mansion," and its front of brown sandstone the outward sign of wealth and fashion. Now, on one side, it rubbed shoulders with the shop of a man milliner, and across the street the houses had been torn down and replaced by a department store. Now, instead of a sombre jail-like facade, his outlook was a row of waxen ladies, who, before each change of season, appeared in new and gorgeous raiment, and, across the avenue, for his approval, smiled continually.

"It is time you moved, Stephen," urged his friend and lawyer, Judge Henry Gaylor. "I can get you twice as much for this lot as you paid for both it and the house."

But Mr. Hallowell always shook his head. "Where would I go, Henry?" he would ask. "What would I do with the money? No, I will live in this house until I am carried out of it."

With distaste, the irritated city editors "followed up" the three-column story of the Despatch.

"Find out if there's any truth in that," they commanded. "The old man won't see you, but get a talk out of Rainey. And see Judge Gaylor. He's close to Hallowell. Find out from him if that story didn't start as a bear yarn in Wall Street."

So, when Walsh of the Despatch was conducted by Garrett, the butler of Mr....