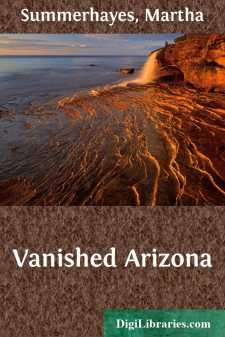 CHAPTER I. GERMANY AND THE ARMY

The stalwart men of the Prussian army, the Lancers, the Dragoons, the Hussars, the clank of their sabres on the pavements, their brilliant uniforms, all made an impression upon my romantic mind, and I listened eagerly, in the quiet evenings, to tales of Hanover under King George, to stories of battles lost, and the entry of the Prussians into the old Residenz-stadt; the flight of the King, and the sorrow and chagrin which prevailed.

For I was living in the family of General Weste, the former stadt-commandant of Hanover, who had served fifty years in the army and had accompanied King George on his exit from the city. He was a gallant veteran, with the rank of General-Lieutenant, ausser Dienst. A charming and dignified man, accepting philosophically the fact that Hanover had become Prussian, but loyal in his heart to his King and to old Hanover; pretending great wrath when, on the King's birthday, he found yellow and white sand strewn before his door, but unable to conceal the joyful gleam in his eye when he spoke of it.

The General's wife was the daughter of a burgomaster and had been brought up in a neighboring town. She was a dear, kind soul.

The house-keeping was simple, but stately and precise, as befitted the rank of this officer. The General was addressed by the servants as Excellenz and his wife as Frau Excellenz. A charming unmarried daughter lived at home, making, with myself, a family of four.

Life was spent quietly, and every evening, after our coffee (served in the living-room in winter, and in the garden in summer), Frau Generalin would amuse me with descriptions of life in her old home, and of how girls were brought up in her day; how industry was esteemed by her mother the greatest virtue, and idleness was punished as the most beguiling sin. She was never allowed, she said, to read, even on Sunday, without her knitting-work in her hands; and she would often sigh, and say to me, in German (for dear Frau Generalin spoke no other tongue), "Ach, Martha, you American girls are so differently brought up"; and I would say, "But, Frau Generalin, which way do you think is the better?" She would then look puzzled, shrug her shoulders, and often say, "Ach! times are different I suppose, but my ideas can never change."

Now the dear Frau Generalin did not speak a word of English, and as I had had only a few lessons in German before I left America, I had the utmost difficulty at first in comprehending what she said. She spoke rapidly and I would listen with the closest attention, only to give up in despair, and to say, "Gute Nacht," evening after evening, with my head buzzing and my mind a blank.

After a few weeks, however, I began to understand everything she said, altho' I could not yet write or read the language, and I listened with the greatest interest to the story of her marriage with young Lieutenant Weste, of the bringing up of her four children, and of the old days in Hanover, before the Prussians took possession.

She described to me the brilliant Hanoverian Court, the endless festivities and balls, the stately elegance of the old city, and the cruel misfortunes of the King....