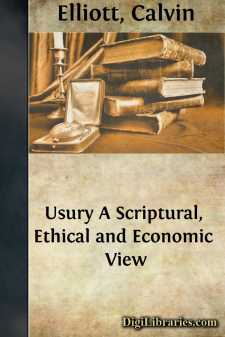 In the evolution of the English language, since the making of our King James version of the Bible, many new words have been introduced, and many old ones have changed their meanings.

In the nearly three hundred years the Saxon word "let," to hinder, has become obsolete. It was in common use and well understood when the version was made, but is now misleading. Thus we have in Isaiah 43:13: "I will work and who will let (hinder) it?" Paul declared that he purposed to go to Rome, "but was let (hindered) hitherto." Rom. 1:13. Again we have in II Thess. 2:7: "Only he who now letteth (hindereth) will let (hinder), until he be taken out of the way."

Charity, which now means liberality to the poor, and a disposition to judge others kindly and favorably, was at that time a synonym of love, and used interchangeably with love in the translations of the Greek. This is especially noted in the panegyric of love, in the thirteenth chapter of First Corinthians, and faithfully corrected in the Revised Version, though some have felt that the beauty and especially the euphony of the familiar passage has been marred. But the word charity is no longer equivalent to love, in our language, and could not be retained without perverting the sense.

Theological Dictionary: "Usury, the gain taken for a loan of money or wares." "The gain of anything above the principal, or that which was lent, exacted only in consideration of the loan, whether it be in money, corn, wares or the like."

Bible Encyclopedia: "Usury, a premium received for a sum of money over and above the principal."

Schaff-Herzog: "Usury, originally, any increase on any loan."

This was the usage of the word usury by the great masters of the English language, like Shakespeare and Bacon, in their day, and is still given as the first definition by the lexicographers of the present.

Webster, 1890 edition: "Usury, 1. A premium or increase paid or stipulated to be paid for a loan, as for money; interest. 2. The practice of taking interest. 3. Law. Interest in excess of a legal rate charged to a borrower for the use of money."

Interest is comparatively a new word in the language meaning also a premium for a loan of money. It first appeared in the fourteenth century, as a substitute for usury, in the first law ever enacted by a Christian nation that permitted the taking of a premium for any loan....