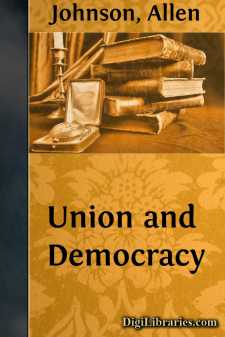 THE ORDEAL OF THE CONFEDERATION

It was characteristic of the people of the United States that once assured of their political independence they should face their economic future with buoyant expectations. As colonizers of a new world they were confident in their own strength. When once the shackles of the British mercantile system were shaken off, they did not doubt their ability to compete for the markets of the world. Even Washington, who had fewer illusions than most of his contemporaries, told his fellow citizens of America that they were "placed in the most enviable condition, as sole lords and proprietors of a vast tract of continent, comprehending all the various soils and climates of the world, and abounding with all the necessaries and conveniences of life." Independence was the magic word which the common man believed would open wide the gates of prosperity. Yet within a year after the ratification of the Peace of Paris, American society was in the throes of a severe industrial depression.

Contrary to the accepted view, the latter years of the war were not years of penury and want among the people. Outside of those regions of Virginia and the Carolinas, which were devastated by the marching and countermarching of the combatants, the people were living in comparative comfort. North of the Potomac, indeed, there was even a tendency to speculation in business and extravagance in living. Throughout the war farmers had found a ready market for their produce within the lines of the British and French armies. The temporary suspension of commerce had encouraged many forms of productive industry. As the war continued, venturesome skippers eluded British men-of-war and found their way to European or Dutch West India ports, bringing home rich cargoes in exchange for tobacco, flour, and rice. The prizes brought in by privateers added largely to the stock of desirable and attractive merchandise in the shops of Boston, Philadelphia, and Charleston. If such prosperity could follow in the wake of war, what commercial gains might not be expected in the piping times of peace? In anticipation of immediate returns, merchants drew heavily upon their foreign creditors and stocked their shops with imported commodities. Southern planters indulged similar expectations and bought land and slaves on credit, regardless of the price. "A rage for running in debt became epidemical," wrote a contemporary observer. "Individuals were for getting rich by a coup de main; a good bargain—a happy speculation—was almost every man's object and pursuit."

During the hard times of 1785-86 these golden dreams vanished. Instead of sharing as the people of an independent nation in the trade and commerce of the world, American shippers found themselves no better off than they were as dependents of Great Britain. Orders in council at once closed the ports of the British West Indies to all staple products which were not carried in British bottoms. Certain commodities,—fish, pork, and beef,—which might compete with the products of British dependencies, were excluded altogether....