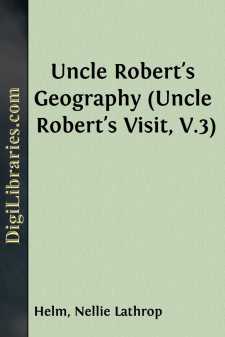 The publishers take pleasure in offering to the public, in their Home-Reading Series, some books relating to the farm and other aspects of country life as the center of interest, written by Colonel Francis W. Parker, the President of the famous Cook County Normal School, in Chicago. For many years the teachers of the common schools of the country have been benefited by the inventions of Colonel Parker in the way of methods of teaching in the schoolroom. His enthusiasm has led him to consider the best means of arousing the interest of the child and of promoting his self-activity for reasonable purposes.

The Pestalozzian movement in the history of education is justly famed for its effort to connect in a proper manner the daily experience of the child with the school course of study. The branches of learning taught to the child by the schoolmaster are necessarily dry and juiceless if they are not thus brought into relation with the child's world of experience. Almost all of the school reforms that have been proposed in the past one hundred years have moved in this line. The effort to seize upon the child's interest and make it the agency for progress has formed the essential feature in each. In this reform movement Colonel Parker has made himself one of the chief influences.

The rural school has held a low rank among educational institutions on account of the inferior methods of instruction which have prevailed by reason of the fact that the children were too few and their qualifications too various to permit the forming of classes. Children in various degrees of advancement from ABC's to higher arithmetic, and yet numbering only ten, twenty, or thirty in all, are enrolled under one teacher. Most branches of study could muster only one or two pupils in each class: Five to ten minutes a day is all that can be allowed in such cases for a recitation. No thoroughness of instruction on the part of the teacher is possible, nor is there much improvement to be expected in the method of instruction where classes can not be formed. The benefactor of the country school therefore looks to other devices than class instruction, and the author of this book has shown in what ways the teacher of one of these small schools may extend his influence into the families of his district, encourage home study initiate practical experiments.

It is expected that the teacher, besides his daily register in which he records the names and attendance of his own pupils, will keep a list of the youth of the district who have been in attendance on the school but have left to take up the work of the farm, and that he will endeavor by proper means to persuade them to enter upon well-planned courses of reading. Occasional meetings in the evening at central places, or on some afternoons of the week at the schoolhouse itself, will furnish occasions for the discussion of the contents of the books that have been read, and experiments will be suggested in the way of verifying the theories advanced in them.

Not only can the mind of the country youth be broadened and enlarged in the direction of literature and art, and of science and history, but it can be made more practical by focusing it upon the problems connected with the agriculture and manufactures of the district.

This indicates a career of usefulness for the ambitious teacher of a rural school. There is a large field for the discipline of the directive power open even for the humblest of teachers in the land.

These books of Colonel Parker, if read by the school children, and especially by the elder youth who have left school, will suggest a great variety of ways in which real mental growth and increase of practical power may be obtained....