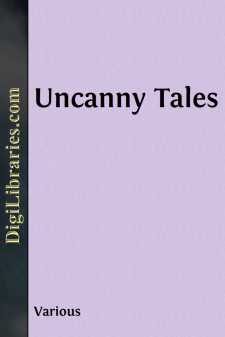 Professor William James Maynard was in a singularly happy and contented mood as he strolled down the High Street after a long and satisfactory interview with the solicitor to his late cousin, whose sole heir he was.

It was exactly a month by the calendar since he had murdered this cousin, and everything had gone most satisfactorily since. The fortune was proving quite as large as he had expected, and not even an inquest had been held upon the dead man. The coroner had decided that it was not necessary, and the Professor had agreed with him.

At the funeral the Professor had been the principal mourner, and the local paper had commented sympathetically on his evident emotion. This had been quite genuine, for the Professor had been fond of his relative, who had always been very good to him. But still, when an old man remains obstinately healthy, when his doctor can say with confidence that he is good for another twenty years at least, and when he stands between you and a large fortune which you need, and of which you can make much better use in the cause of science and the pursuit of knowledge, what alternative is there? It becomes necessary to take steps. Therefore, the Professor had taken steps.

Looking back to-day on that day a month ago, and the critical preceding week, the Professor felt that the steps he had taken had been as judicious as successful. He had set himself to solve a problem in higher mathematics. He had found it easier to solve than many he was obliged to grapple with in the course of his studies.

A policeman saluted as the Professor passed, and he acknowledged it with the charming old world courtesy that made him so popular a figure in the town. Across the way was the doctor who had certified the cause of death. The Professor, passing benevolently on, was glad he had now enough money to carry out his projects. He would be able to publish at once his great work on "The Secondary Variation of the Differential Calculus," that hitherto had languished in manuscript. It would make a sensation, he thought; there was more than one generally accepted theory he had challenged or contradicted in it. And he would put in hand at once his great, his long projected work, "A History of the Higher Mathematics." It would take twenty years to complete, it would cost twenty thousand pounds or more, and it would breathe into mathematics the new, vivid life that Bergson's works have breathed into metaphysics.

The Professor thought very kindly of the dead cousin, whose money would provide for this great work. He wished greatly the dead man could know to what high use his fortune was designed.

Coming towards him he saw the wife of the vicar of his parish. The Professor was a regular church-goer. The vicar's wife saw him, too, and beamed. She and her husband were more than a little proud of having so well known a man in their congregation. She held out her hand and the Professor was about to take it when she drew it back with a startled movement.

"Oh, I beg your pardon!" she exclaimed, distressed, as she saw him raise his eyebrows....