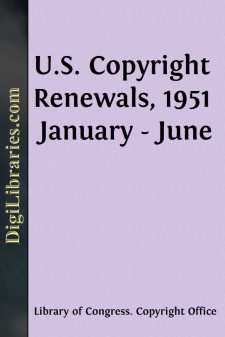 An alphabetical list under main headings (author, editor, compiler or title), of works in Class A for which the renewal copyright was registered during the period covered by this catalog. Joint authors, editors, etc., are represented by references leading to the respective main headings. Information relating to both the original and renewal registration is included in each entry.

Peter Rabbit and the Tinybits; with illus....