Twelve Stories and a Dream 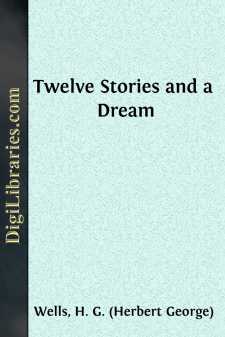 In truth the mastery of flying was the work of thousands of men—this man a suggestion and that an experiment, until at last only one vigorous intellectual effort was needed to finish the work. But the inexorable injustice of the popular mind has decided that of all these thousands, one man, and that a man who never flew, should be chosen as the discoverer, just as it has chosen to honour Watt as the discoverer of steam and Stephenson of the steam-engine. And surely of all honoured names none is so grotesquely and tragically honoured as poor Filmer's, the timid, intellectual creature who solved the problem over which the world had hung perplexed and a little fearful for so many generations, the man who pressed the button that has changed peace and warfare and well-nigh every condition of human life and happiness. Never has that recurring wonder of the littleness of the scientific man in the face of the greatness of his science found such an amazing exemplification. Much concerning Filmer is, and must remain, profoundly obscure—Filmers attract no Boswells—but the essential facts and the concluding scene are clear enough, and there are letters, and notes, and casual allusions to piece the whole together. And this is the story one makes, putting this thing with that, of Filmer's life and death.

The first authentic trace of Filmer on the page of history is a document in which he applies for admission as a paid student in physics to the Government laboratories at South Kensington, and therein he describes himself as the son of a "military bootmaker" ("cobbler" in the vulgar tongue) of Dover, and lists his various examination proofs of a high proficiency in chemistry and mathematics. With a certain want of dignity he seeks to enhance these attainments by a profession of poverty and disadvantages, and he writes of the laboratory as the "gaol" of his ambitions, a slip which reinforces his claim to have devoted himself exclusively to the exact sciences. The document is endorsed in a manner that shows Filmer was admitted to this coveted opportunity; but until quite recently no traces of his success in the Government institution could be found.

It has now, however, been shown that in spite of his professed zeal for research, Filmer, before he had held this scholarship a year, was tempted, by the possibility of a small increase in his immediate income, to abandon it in order to become one of the nine-pence-an-hour computers employed by a well-known Professor in his vicarious conduct of those extensive researches of his in solar physics—researches which are still a matter of perplexity to astronomers. Afterwards, for the space of seven years, save for the pass lists of the London University, in which he is seen to climb slowly to a double first class B.Sc., in mathematics and chemistry, there is no evidence of how Filmer passed his life. No one knows how or where he lived, though it seems highly probable that he continued to support himself by teaching while he prosecuted the studies necessary for this distinction....