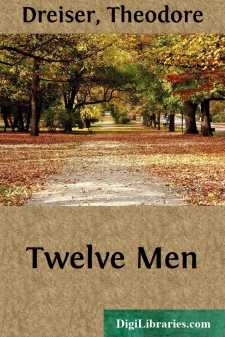 In any group of men I have ever known, speaking from the point of view of character and not that of physical appearance, Peter would stand out as deliciously and irrefutably different. In the great waste of American intellectual dreariness he was an oasis, a veritable spring in the desert. He understood life. He knew men. He was free—spiritually, morally, in a thousand ways, it seemed to me.

As one drags along through this inexplicable existence one realizes how such qualities stand out; not the pseudo freedom of strong men, financially or physically, but the real, internal, spiritual freedom, where the mind, as it were, stands up and looks at itself, faces Nature unafraid, is aware of its own weaknesses, its strengths; examines its own and the creative impulses of the universe and of men with a kindly and non-dogmatic eye, in fact kicks dogma out of doors, and yet deliberately and of choice holds fast to many, many simple and human things, and rounds out life, or would, in a natural, normal, courageous, healthy way.

The first time I ever saw Peter was in St. Louis in 1892; I had come down from Chicago to work on the St. Louis Globe-Democrat, and he was a part of the art department force of that paper. At that time—and he never seemed to change later even so much as a hair's worth until he died in 1908—he was short, stocky and yet quick and even jerky in his manner, with a bushy, tramp-like "get-up" of hair and beard, most swiftly and astonishingly disposed of at times only to be regrown at others, and always, and intentionally, I am sure, most amusing to contemplate. In addition to all this he had an air of well-being, force and alertness which belied the other surface characteristics as anything more than a genial pose or bit of idle gayety.

Plainly he took himself seriously and yet lightly, usually with an air of suppressed gayety, as though saying, "This whole business of living is a great joke." He always wore good and yet exceedingly mussy clothes, at times bespattered with ink or, worse yet, even soup—an amazing grotesquery that was the dismay of all who knew him, friends and relatives especially. In addition he was nearly always liberally besprinkled with tobacco dust, the source of which he used in all forms: in pipe, cigar and plug, even cigarettes when he could obtain nothing more substantial. One of the things about him which most impressed me at that time and later was this love of the ridiculous or the grotesque, in himself or others, which would not let him take anything in a dull or conventional mood, would not even permit him to appear normal at times but urged him on to all sorts of nonsense, in an effort, I suppose, to entertain himself and make life seem less commonplace.

And yet he loved life, in all its multiform and multiplex aspects and with no desire or tendency to sniff, reform or improve anything. It was good just as he found it, excellent. Life to Peter was indeed so splendid that he was always very much wrought up about it, eager to live, to study, to do a thousand things....