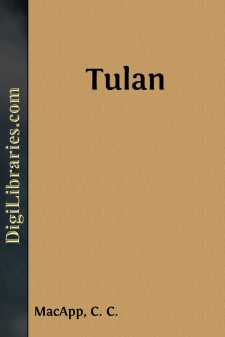 To disobey the orders of theCouncil of Four was unthinkableto a Space Admiral of the oldschool. But the trouble was,the school system had changed.A man, a fighter, an Admiralhad to think for himself now, ifhis people were to live.

While facing the Council of Four his restraint had not slipped; but afterward, shaking with fury, the Admiral of the Fleets of Sennech slammed halfway down the long flight of stone steps before he realized someone was at his elbow. He slowed. "Forgive me, Jezef. They made me so mad I forgot you were waiting."

Jezef (adjutant through most of Tulan's career, and for some years brother-in-law as well) was shorter and less harshly carved than his superior. "So they wouldn't listen to you. Not even Grefen?"

"Even Grefen." That vote had stabbed deepest of all.

Jezef took it with the detachment that still irritated Tulan. "The end of a hundred years of dreams; and we go back under the yoke. Well, they've always been soft masters."

They reached the ground cars. Before getting into his own Tulan said coldly, "Since you're so philosophical about it, you'll be a good one to bear the sight of men saying good-bye to their families. We're to take full crews to Coar and surrender them with the ships. Requisition what help you need and get everybody aboard by noon tomorrow."

Jezef saluted with a hint of amused irony, and left.

Whipping through the dark icy streets, Tulan smiled sourly, thinking how Sennech's scientists had reversed themselves on the theory of hyperspace now that Coar had demonstrated its existence. Maybe the Council was right in mistrusting their current notions. As for himself, he saw only two things to consider: that with Coar swinging behind the sun, the accuracy of her new weapon had gone to pot; and that before she was clear again he could pound her into surrender.

His swift campaigns had already smashed her flabby fleets and driven the remnants from space, but the Council, faced with the destruction and casualties from just a few days of the weird surprise bombardment, was cowed.

He'd spent the previous night at home, but wasn't going back now, having decided to make his farewell by visiphone. It was the thing he dreaded most, or most immediately, so as soon as he reached the flagship he went to his quarters to get it over with.

Anatu's eyes—the same eyes as Jezef's—looked at him out of the screen, filling him with the familiar awkward worship. "You've heard?" he asked finally.

She accepted that. "I'll wake the boys."

"No! It's—" Something happened to his throat.

She watched him for a moment. "You won't be back from Coar. You've got to speak to them."

He nodded. This wasn't going according to plan; he'd intended it to be brief and controlled. Damn it, he told himself, I'm Admiral of the Fleets; I've no right to feelings like this. He straightened, and knew he looked right when the two sleepy stares occupied the screen....