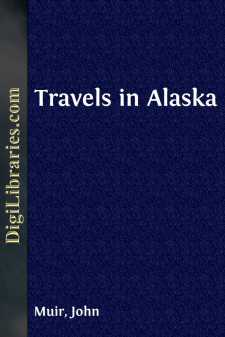 Forty years ago John Muir wrote to a friend; "I am hopelessly and forever a mountaineer. . . . Civilization and fever, and all the morbidness that has been hooted at me, have not dimmed my glacial eyes, and I care to live only to entice people to look at Nature's loveliness." How gloriously he fulfilled the promise of his early manhood! Fame, all unbidden, wore a path to his door, but he always remained a modest, unspoiled mountaineer. Kindred spirits, the greatest of his time, sought him out, even in his mountain cabin, and felt honored by his friendship. Ralph Waldo Emerson urged him to visit Concord and rest awhile from the strain of his solitary studies in the Sierra Nevada. But nothing could dislodge him from the glacial problems of the high Sierra; with passionate interest he kept at his task. "The grandeur of these forces and their glorious results," he once wrote, "overpower me and inhabit my whole being. Waking or sleeping, I have no rest. In dreams I read blurred sheets of glacial writing, or follow lines of cleavage, or struggle with the difficulties of some extraordinary rock-form."

There is a note of pathos, the echo of an unfulfilled hope, in the record of his later visit to Concord. "It was seventeen years after our parting on Wawona ridge that I stood beside his [Emerson's] grave under a pine tree on the hill above Sleepy Hollow. He had gone to higher Sierras, and, as I fancied, was again waving his hand in friendly recognition." And now John Muir has followed his friend of other days to the "higher Sierras." His earthly remains lie among trees planted by his own hand. To the pine tree of Sleepy Hollow answers a guardian sequoia in the sunny Alhambra Valley.

In 1879 John Muir went to Alaska for the first time. Its stupendous living glaciers aroused his unbounded interest, for they enabled him to verify his theories of glacial action. Again and again he returned to this continental laboratory of landscapes. The greatest of the tide-water glaciers appropriately commemorates his name. Upon this book of Alaska travels, all but finished before his unforeseen departure, John Muir expended the last months of his life. It was begun soon after his return from Africa in 1912. His eager leadership of the ill-fated campaign to save his beloved Hetch-Hetchy Valley from commercial destruction seriously interrupted his labors. Illness, also, interposed some checks as he worked with characteristic care and thoroughness through the great mass of Alaska notes that had accumulated under his hands for more than thirty years.

The events recorded in this volume end in the middle of the trip of 1890. Muir's notes on the remainder of the journey have not been found, and it is idle to speculate how he would have concluded the volume if he had lived to complete it. But no one will read the fascinating description of the Northern Lights without feeling a poetical appropriateness in the fact that his last work ends with a portrayal of the auroras—one of those phenomena which elsewhere he described as "the most glorious of all the terrestrial manifestations of God."

Muir's manuscripts bear on every page impressive evidence of the pains he took in his literary work, and the lofty standard he set himself in his scientific studies....