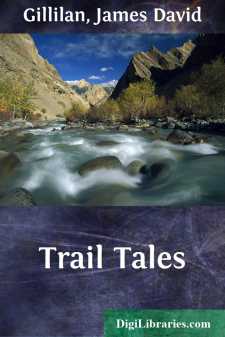 “An overland highway to the Western sea” was the thought variously expressed by many men in both public and private life among the French, English, and Americans from very early times. In 1659 Pierre Radisson and a companion, by way of the Great Lakes, Fox, and “Ouisconsing” Rivers, discovered the “east fork” of the “Great River” and crossed to the “west fork,” up which they went into what is now the Dakotas, only to find it going still “interminably westward.”

In 1766 Carver, an Englishman, went by the same route up the “east fork” to Saint Anthony Falls; thence he traveled to Canada, to learn from the Assiniboin Indians the existence of the “Shining Mountains” and that beyond them was the “Oregan,” which went to the salt sea.

As early as 1783 Thomas Jefferson wrote to George Rogers Clark to tell him he understood the English had subscribed a very large sum of money for exploration of the country west of the Mississippi, and as far as California. He even expressed himself as being desirous of forming a party of Americans to make the trip.

Twenty years later, under the direction of President Thomas Jefferson, General Clark was made a member of the Lewis and Clark Expedition, which went up the “great river” and ultimately crossed through Montana and Idaho to the Columbia (Oregan?) and the “salt sea.”

Zebulon Pike was turned back by the imperious Rocky Mountains in 1806. A few years later Captain Bonneville braved the plains, the plateaus, the mountain passes, and the deserts, and saw the Columbia. Then continuous migrations finally fixed the overland highway known from ocean to ocean as the Oregon Trail.

The Mormons followed this national road when they trekked to the valley of Salt Lake in 1847––a dolorous path to many.

Because the Oregon Trail was nature’s way, man and commerce made it their way. Road sites are not like city sites––made to order; they are discovered. For that reason the pioneer railway transcontinental also followed this trail. The Union Pacific marks with iron what so many of the emigrants marked with their tears and their graves. From the mouth of the Platte to the heart of the Rocky Mountains and beyond is a continuous cemetery of nameless tombs.

The next few pages will give some sketches of fact depicting scenes of sunlight and shadow that fell on this highway in days not so very long agone.

Those mighty pyramids of stone That wedge-like pierce the desert airs,When nearer seen and better known Are but gigantic flights of stairs.

The Old Overland Trail from the Missouri River to the Willamette is a distance of nearly two thousand miles. Before Jason Lee and Marcus Whitman sanctioned its use for the migrating myriads of Americans seeking the shores of the sunset sea, trappers and adventurers, good and bad, had mapped out a general route over the wind-whipped passes, where the storm stands sentinel and guards the granite ways among the rough Rocky Mountains....