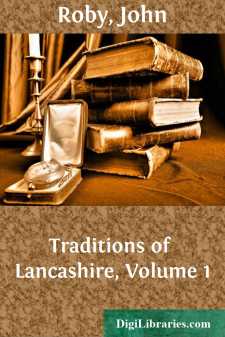 INTRODUCTION TO THE SECOND SERIES.

No method has yet been discovered for preserving the recollection of human actions and events precisely as they have occurred, whole and unimpaired, in all their truth and reality. Time is an able teacher of causes and qualities, but he setteth little store by names and persons, or the mould and fashion of their deeds. The pyramids have outlived the very names of their builders. "Oblivion," says Sir Thomas Browne, "blindly scatters her poppies. Time has spared the epitaph of Adrian's horse—confounded that of himself!"

Few things are so durable as the memory of those mischiefs and oppressions which Time has bequeathed to mankind. The names of conquerors and tyrants have been faithfully preserved, while those from whom have originated the most useful and beneficial discoveries are entirely unknown, or left to perish in darkness and uncertainty. We should not have known that Lucullus brought cherries from the banks of the Phasis but through the details of massacre and spoliation—the splendid barbarities of a Roman triumph. In some instances Time displays a fondness and a caprice in which the gloomiest tyranny is seen occasionally to indulge. The unlettered Arab cherishes the memory of his line. He traces it unerringly to a remoter origin than could be claimed or identified by the most ancient princes of Europe. In many instances he could give a clearer and a higher genealogy to his horse. But that which Time herself would spare, the critic and the historian would demolish. The northern barbarians are accused of an exterminating hostility to learning. It never was half so bitter as the warfare which learning displays against everything of which she herself is not the author. A living historian has denied that the poems of Ossian had any existence save in the conceptions of Macpherson, because he condescendingly informs us, "Before the invention or introduction of letters, human memory is incapable of any faithful record which may be transmitted from age to age."

The account which Macpherson gave may be a fiction, but it is admitted by those who know the native Scotch and Irish tongues, and have dwelt where no other language is spoken, that there are poems which have been transmitted from generation to generation (orally it must be, since letters are either entirely unknown or are comparatively of recent introduction), the machinery of which prove them to have been invented about the time when Christianity was first preached in these islands.

Tradition may well be named the eldest daughter of Time, and nursing-mother of the Muses—the fruitful parent of that very learning which would, in the cruel spirit of its pedantry and malice, make her the sacrifice while it lays claim to the inheritance. What is learning but a laborious, often ill-drawn, and almost invariably partial deduction from facts which tradition has first collected? When we consider in whose hands learning has been, almost ever since its creation; the uses which have been made of it by priests and politicians; by poets, orators, and flatterers; by controversialists and designing historians;—how commonly has it been perverted to abuse the very senses of mankind, and to give a bias to their thoughts and feelings, only to mislead and to betray! Let the evidence be well compared, and a view taken of the respective amounts of doubt and certainty which appertain to human history as it appears in written records; and it will be seen that, to verify any given fact, so as to prevent the possibility of doubt, we must throw aside our reverence for the scholar's pen and the midnight lamp, which seem, like the faculty of speech, only given to men, as the witty Frenchman observed, "to conceal their thoughts." This comparative process is precisely what has been adopted by M.L. Petit Radel in his new theory upon the origin of Greece. "Not satisfied with the mythological equivocation and contradictory statements which till now have perplexed the question, after a residence of ten years this learned man returns with a new theory, which would destroy all our received ideas, and carry the civilisation and cradle of the Greeks much beyond the time and place that have till now been supposed. It is their very architecture that M. Petit Radel interrogates, and its passive testimony serves as a basis to his system. He has visited, compared, and meditated on the unequivocal vestiges of more than one hundred and fifty antique citadels, altogether neglected by the Greek and Roman authors. Their form and construction serve him, with the aid of ingenious reasoning, to prove that Greece was civilised a long time before the arrival of the Egyptian colonies. He does not despair of tracing back the descent of the Greeks to the Hyperborean nations, always by the analogy of their structures, which, by a singular identity, are found also among the Phoenicians. The Institute have pronounced the following judgment upon his theory:—'If the developments which remain to be given to us suffice to gain the votes of the learned, and induce them to adopt this theory as demonstrated truth, M. L. Petit Radel may flatter himself with having made in history a discovery truly worthy to occupy a place in the progress of human genius.'"

Thus the very time in which a living historian of England has chosen to inflict an impotent blow, from the leaden sceptre of Johnsonian criticism, upon all facts which claim an existence anterior to the invention of books, appears pregnant with a discovery of a method of investigating the most remote eras, which presupposes an inherent spirit of fallacy and falsehood in all written records of their existence....