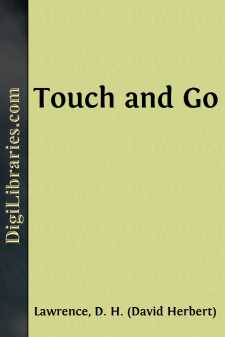 A nice phrase: "A People's Theatre." But what about it? There's no such thing in existence as a People's Theatre: or even on the way to existence, as far as we can tell. The name is chosen, the baby isn't even begotten: nay, the would-be parents aren't married, nor yet courting.

A People's Theatre. Since we can't produce it, let us deduce it. Major premise: the seats are cheap. Minor premiss: the plays are good. Conclusion: A People's Theatre. How much will you give me for my syllogism? Not a slap in the eye, I hope.

We stick to our guns. The seats are cheap. That has a nasty proletarian look about it. But appearances are deceptive. The proletariat isn't poor. Everybody is poor except Capital and Labour. Between these upper and nether millstones great numbers of decent people are squeezed.

The seats are cheap: in decency's name. Nobody wants to swank, to sit in the front of a box like a geranium on a window-sill—"the cynosure of many eyes." Nobody wants to profiteer. We all feel that it is as humiliating to pay high prices as to charge them. No man consents in his heart to pay high prices unless he feels that what he pays with his right hand he will get back with his left, either out of the pocket of a man who isn't looking, or out of the envy of the poor neighbour who IS looking, but can't afford the figure. The seats are cheap. Why should A People, fabulous and lofty giraffe, want to charge or pay high prices? If it were THE PEOPLE now.—But it isn't. It isn't Plebs, the proletariat. The seats are cheap.

The plays are good. Pah!—this has a canting smell. Any play is good to the man who likes to look at it. And at that rate Chu Chin Chow is extra-super-good. What about your GOOD plays? Whose good? PFUI to your goodness!

That minor premiss is a bad egg: it will hatch no bird. Good plays? You might as well say mimsy bomtittle plays, you'd be saying as much. The plays are—don't say good or you'll be beaten. The plays—the plays of A People's Theatre are—oh heaven, what are they?—not popular nor populous nor plebian nor proletarian nor folk nor parish plays. None of that adjectival spawn.

It doesn't look much, at first sight. After all—people! Yes, People! Not THE PEOPLE, i.e. Plebs, nor yet the Upper Ten. People. Neither Piccoli nor Grandi in our republic. People.

People, ah God! Not mannequins. Not lords nor proletariats nor bishops nor husbands nor co-respondents nor virgins nor adultresses nor uncles nor noses. Not even white rabbits nor presidents. People.