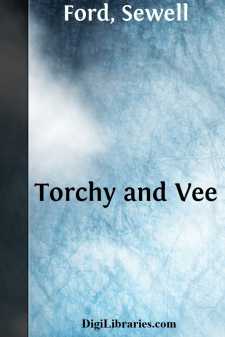 CHAPTER I THE QUICK SHUNT FOR PUFFY

I must say I didn't get much excited at first over this Marion Gray tragedy. You see, I'd just blown in from Cleveland, where I'd been shunted by the Ordnance Department to report on a new motor kitchen. And after spendin' ten days soppin' up information about a machine that was a cross between a road roller and an owl lunch wagon, and fillin' my system with army stews cooked on the fly, I'm suddenly called off. Someone at Washington had discovered that this flying cook-stove thing was a problem for the Quartermaster's Department, and wires me to drop it.

So I was all for enjoyin' a little fam'ly reunion, havin' Vee tell me how she's been gettin' along, and what cute little tricks young Master Richard had developed while I'm gone. But right in the midst of our intimate little domestic sketch Vee has to break loose with this outside sigh stuff.

"I can't help thinking about poor Marion," says she.

"Eh?" says I, lookin' up from the crib where young Snookums has just settled himself comfortable and decided to tear off a few more hours of slumber. "Which Marion?"

"Oh!" says I. "The old maid with the patient eyes and the sad smile?"

"She is barely thirty," says Vee.

And havin' got that far, I saw I might as well let her get the whole story off her chest. She's been seein' more and more of this Marion Gray person ever since we moved out here to Harbor Hills. Kind of a plump, fresh-colored party, and more or less bright and entertainin' in her chat when she was in the right mood. I'd often come in and found Vee chucklin' merry over some of the things Miss Gray had been tellin' her. And while she was at our house she seemed full of life and pep. Just the sort that Vee gets along with best. She was the same whenever we met her up at the Ellinses. But outside of that you never saw her anywhere. She wasn't in with the Country Club set, and most of the young married crowd seemed to pass her up too.

I didn't know why. Guess I hadn't thought much about it. I knew she'd lost her father and mother within the last year or so, so I expect I put it down to that as the reason she wasn't mixin' much.

But Vee has all the inside dope. Seems old man Gray had been a chronic invalid for years. Heart trouble. And durin' all the last of it he'd been promisin' to check out constant, but had kept puttin' it off. Meanwhile Mrs. Gray and Marion had been fillin' in as day and night nurses. He'd been a peevish, grouchy old boy, too, and the more waitin' on he got the more he demanded. Little things. He had to have his food cooked just so, the chair cushions adjusted, the light just right. He had to be read to so many hours a day, and played to, and sung to. He couldn't stand it to be alone, not for half an hour. Didn't want to think, he said. Didn't want to see the women folks knittin' or crocheting: he wanted 'em to be attending to him all the while. He had a little silver bell that he kept hung on his chair arm, and when he rang it one or the other of 'em had to jump....