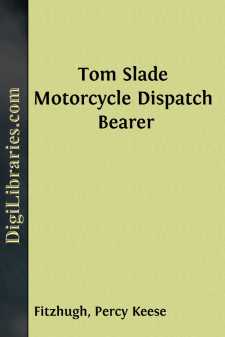 It was good advice that Rudyard Kipling gave his "young British soldier" in regard to the latter's rifle:

"She's human as you are—you treat her as sichAnd she'll fight for the young British soldier."

Tommy Atkins' rifle was by no means the first inanimate or dumb thing to prove human and to deserve human treatment. Animals of all sorts have been given this quality. Jack London's dog, in The Call of the Wild, has human interest. So has the immortal Black Beauty.

But we are not concerned with animals now. Kipling's ocean liner has human interest—a soul. I need not tell you that a boat is human. Its every erratic quality of crankiness, its veritable heroism under stress, its temperament (if you like that word) makes it very human indeed. That is why a man will often let his boat rot rather than sell it.

This is not true of all inanimate things. It depends. I have never heard of a steam roller or a poison gas bomb being beloved by anybody. I should not care to associate with a hand grenade. It is a matter of taste; I dare say I could learn to love a British tank, but I could never make a friend and confidante of a balloon. An aeroplane might prove a good pal—we shall have to see.

Davy Crockett actually made a friend and confidante of his famous gun, Betsy. And Betsy is known in history. It is said that the gun crews on armed liners have found this human quality in their guns, and many of these have been given names—Billy Sunday, Teddy Roosevelt, etc.

I need not tell you that a camp-fire is human and that trees are human.

The pioneers of old, pressing into the dim wilderness, christened their old flintlocks and talked to them as a man may talk to a man. The woodsman's axe was "deare and greatly beloved," we are told.

The hard-pressed Indian warrior knelt in the forest and besought that life-long comrade, his bow, not to desert or fail him. King Philip kept in his quiver a favorite arrow which he never used because it had earned retirement by saving his own life.

What Paul Revere may have said to his horse in that stirring midnight ride we do not know. But may we not suppose that he urged his trusty steed forward with resolute and inspiring words about the glorious errand they were upon?

Perhaps the lonely ringer of the immortal bell up in the Old South steeple muttered some urgent word of incentive to that iron clanger as it beat against its ringing wall of brass.

So I have made Uncle Sam, the motorcycle, the friend and companion of Tom Slade. I have withheld none of their confidences—or trifling differences. I dare say they were both weary and impatient at times.

If he is not companionable to you, then so much the worse for you and for our story. But he was the friend, the inseparable associate and co-patriot of Tom Slade, the Dispatch Rider.

You will not like him any the less because of the noise he made in trudging up a hill, or because his mud-guard was broken off, or his tire wounded in the great cause, or his polished headlight knocked into a tin can....