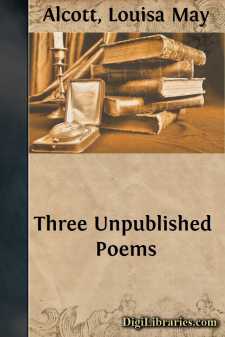 There is a room upstairs in the old house at Fruitlands in Harvard, Massachusetts, where the visitors pause and look about them with a softening glance and often with visible emotion, as though they felt a sudden nearness to something infinitely intimate and personal. They have come to see the place where Bronson Alcott and the group of transcendentalists cut themselves off from the world in the spring of 1843 and tried to found a New Eden where Evil could find no entrance, and where all might share in common the peace of an industrious simple life, intermixed with study and close to the heart of Nature; a spiritual and intellectual center where mind and soul could grow in quiet seclusion, yet with sympathetic companionship. This was Alcott's dream.

The comedy and tragedy of the experiment have been the theme of many a magazine article, and years have come and gone; yet hundreds of people cross the pastures to the lonely spot each year, and wander through the house, and listen to the story of the joy of the first glad, hopeful days and the pitiful ending of this philosopher's plan for an earthly Paradise.

There is so much that is quaint to see and seemingly impossible to hear, for there were some strange theories worked out by this group of learned men, that a sudden outburst of surprise and amusement will break into the recital of the tale; but in the room upstairs they are wont to grow quiet and speak in lowered voices, for they seem to feel the pathos there of the final disillusionment. It is the room where at the end of a laborious day Mrs. Alcott, with tired eyes, sewed and sewed, night after night, by the light of her one flickering lamp, and where Bronson Alcott, deserted by his followers, lay in his bed, with his face turned to the wall, and in his despair over the bitter failure of his most cherished dream, called upon death to release him.

The visitors stand and look at Mrs. Alcott's lace cap on the table by the window, and the little cuffs that fell over her busy, useful hands; at the sewing basket, left where she might have laid it when she was too wearied to thread another needle; at all the many personal things belonging to them both that speak so clearly of them and seem to bring them very near. And then they turn to read the manuscripts and letters that hang upon the walls; for on the walls at Fruitlands hang various original manuscripts that as yet have never been published, and among them are three poems by Louisa Alcott—Bronson Alcott's noted daughter. These are now put before the public for the first time, and surely they must stir a warm response in the most indifferent heart.

Indelibly impressed upon Louisa Alcott's memory were those days at Fruitlands, when her childish feet ran swiftly over the pastures and through the pine grove, and where in the early mornings she sat upon a granite boulder far up on the hill and "thought thoughts"—so her diary tells us. She afterwards was frequently heard to say that it was in those days at Fruitlands that the seeds of her literary talents were sown, which were to meet with such heartfelt appreciation from the reading public, and were to give such solace and comfort to the old age of her gifted father and devoted mother. Her love and reverence for her father and her pride in his attainments were very beautiful: and in order to appreciate what it was in him that inspired this great sentiment, not only in his daughter, but in so many leading men of that time, the eccentricities of the man whom the world called unpractical and visionary must be forgotten, so as to get a glimpse of the Alcott who was the intimate friend of Emerson—a genius, a philosopher, an optimist, in spite of failure and in spite of opposition. Therefore it seems best to give some extracts from his own writings first that will reveal the tenor of his mind and the largeness of his heart and intellect, in order that the poems of the daughter may be more fully understood....