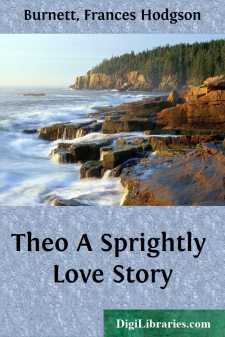 PREPARING FOR A JOURNEY.

A heavy curtain of yellow fog rolled and drifted over the waste of beach, and rolled and drifted over the sea, and beneath the curtain the tide was coming in at Downport, and two pair of eyes were watching it. Both pair of eyes watched it from the same place, namely, from the shabby sitting-room of the shabby residence of David North, Esq., lawyer, and both watched it without any motive, it seemed, unless that the dull gray waves and their dull moaning were not out of accord with the watchers' feelings. One pair of eyes—a youthful, discontented black pair—watched it steadily, never turning away, as their owner stood in the deep, old-fashioned window, with both elbows resting upon the broad sill; but the other pair only glanced up now and then, almost furtively, from the piece of work Miss Pamela North, spinster, held in her slender, needle-worn fingers.

There had been a long silence in the shabby sitting-room for some time—and there was not often silence there. Three rampant, strong-lunged boys, and as many talkative school-girls, made the house of David North, Esq., rather a questionable paradise. But to-day, being half-holiday, the boys were out on the beach digging miraculous sand-caves, and getting up miraculous piratical battles and excursions with the bare-legged urchins so numerous in the fishermen's huts; and Joanna and Elinor had been absent all day, so the room left to Theo and her elder sister was quiet for once.

It was Miss Pamela herself who broke the stillness. "Theo," she said, with some elder-sister-like asperity, "it appears to me that you might find something better to do than to stand with your arms folded, as you have been doing for the last half hour. There is a whole basketful of the boys' socks that need mending and—"

"Pam!" interrupted Theo, desperately, turning over her shoulder a face more like the face of some young Spanish gipsy than that of a poor English solicitor's daughter. "Pam, I should really like to know if life is ever worth having, if everybody's life is like ours, or if there are really such people as we read of in books."

"You have been reading some ridiculous novel again," said Pamela, sententiously. "If you would be a little more sensible, and less romantic, Theodora, it would be a great deal better for all of us. What have you been reading?"

The capable gipsy face turned to the window again half-impatiently.

"I have been reading nothing to-day," was the answer. "I should think you knew that—on Saturday, with everything to do, and the shopping to attend to, and mamma scolding every one because the butcher's bill can't be paid. I was reading Jane Eyre, though, last night. Did you ever read Jane Eyre, Pamela?"

"I always have too much to do in attending to my duty," said Pamela, "without wasting my time in that manner. I should never find time to read Jane Eyre in twenty years. I wish I could."

"I wish you could, too," said Theo, meditatively. "I wish there was no such thing as duty. Duty always appears to me to be the very thing we don't want to do."

"Just at present, it is your duty to attend to those socks of Ralph and Arthur's," put in Pamela, dryly....