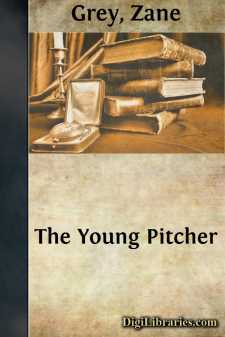 Ken Ward had not been at the big university many days before he realized the miserable lot of a freshman.

At first he was sorely puzzled. College was so different from what he had expected. At the high school of his home town, which, being the capital of the State, was no village, he had been somebody. Then his summer in Arizona, with its wild adventures, had given him a self-appreciation which made his present situation humiliating.

There were more than four thousand students at the university. Ken felt himself the youngest, the smallest, the one of least consequence. He was lost in a shuffle of superior youths. In the forestry department he was a mere boy; and he soon realized that a freshman there was the same as anywhere. The fact that he weighed nearly one hundred and sixty pounds, and was no stripling, despite his youth, made not one whit of difference.

Unfortunately, his first overture of what he considered good-fellowship had been made to an upper-classman, and had been a grievous mistake. Ken had not yet recovered from its reception. He grew careful after that, then shy, and finally began to struggle against disappointment and loneliness.

Outside of his department, on the campus and everywhere he ventured, he found things still worse. There was something wrong with him, with his fresh complexion, with his hair, with the way he wore his tie, with the cut of his clothes. In fact, there was nothing right about him. He had been so beset that he could not think of anything but himself. One day, while sauntering along a campus path, with his hands in his pockets, he met two students coming toward him. They went to right and left, and, jerking his hands from his pockets, roared in each ear, “How dare you walk with your hands in your pockets!”

Another day, on the library step, he encountered a handsome bareheaded youth with a fine, clean-cut face and keen eyes, who showed the true stamp of the great university.

“I see you have your trousers turned up at the bottom.”

“Yes—so I have.” For the life of him Ken could not understand why that simple fact seemed a crime, but so it was.

“Turn them down!” ordered the student.

Ken looked into the stern face and flashing eyes of his tormentor, and then meekly did as he had been commanded.

“Boy, I've saved your life. We murder freshmen here for that,” said the student, and then passed on up the steps.

In the beginning it was such incidents as these that had bewildered Ken. He passed from surprise to anger, and vowed he would have something to say to these upper-classmen. But when the opportunity came Ken always felt so little and mean that he could not retaliate. This made him furious. He had not been in college two weeks before he could distinguish the sophomores from the seniors by the look on their faces. He hated the sneering “Sophs,” and felt rising in him the desire to fight. But he both feared and admired seniors....