The Wreck of the Hesperus 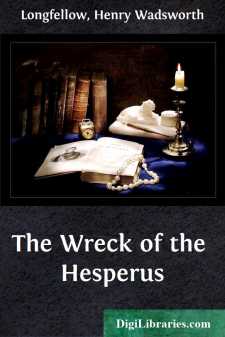 "Norman's Woe" is the picturesque name of a rocky headland, reef, and islet on the coast of Massachusetts, between Gloucester and Magnolia. The special disaster in which the name originated had long been lost from memory when the poet Longfellow chose the spot as a background for his description of the "Wreck of the Hesperus," and gave it an association that it will scarcely lose while the English language endures. Nor does it matter to the legend lover that the ill-fated schooner was not "gored" by the "cruel rocks" just at this point, but nearer to the Gloucester coast.

The poet has done many things well; and he has done few things better than this ballad in the quaint, old-time style, with its nervous energy and sonorous rhythm, wherein one hears the trampling of waves and crashing of timbers. Indeed, it is so well done, by art concealing art, that much of its force and beauty escape the careless reader; whereas, the thoughtful one finds in it an ever-increasing charm. It is worth noting that love, the usual ballad motif, is absent and is not missed. The almost human struggles and sufferings of the vessel, and the contrast between the daring, scornful skipper, and the gentle, devout maiden, in the midst of the terrors of storm and wreck, furnish abundant emotion and imagery; in truth, many of the lines are literally packed with color, movement, and meaning.

It was the schooner Hesperus

That sailed the wintry sea;

And the skipper had taken his little daughter

To bear him company.

Blue were her eyes as the fairy-flax,

And her bosom white as the hawthorn buds

That ope in the month of May.

The skipper he stood beside the helm,

His pipe was in his mouth,

And he watched how the veering flaw did blow

Then up and spake an old sailor,

Had sailed to the Spanish Main,

For I fear a hurricane.

"Last night the moon had a golden ring,

And to-night no moon we see!"

The skipper he blew a whiff from his pipe,

And a scornful laugh laughed he.

Colder and louder blew the wind,

A gale from the north-east;

The snow fell hissing in the brine,

Down came the storm, and smote amain

The vessel in its strength;

Then leaped her cable's length.

And do not tremble so;

For I can weather the roughest gale,

That ever wind did blow."

He wrapped her warm in his seaman's coat,

Against the stinging blast;

He cut a rope from a broken spar,

And bound her to the mast.

And he steered for the open sea....