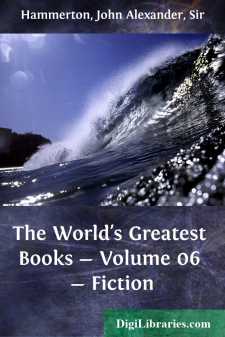 It was winter, and great gusts were rattling at the windows; a very dark night, and a very cheerful fire, blazing in a genuine old fire-place in a sombre old room. A girl of a little more than seventeen, slight and rather tall, with a countenance rather sensitive and melancholy, was sitting at the tea-table in a reverie. I was that girl.

The only other person in the room was my father, Mr. Ruthyn, of Knowl. Rather late in life he had married, and his beautiful young wife had died, leaving me to his care. This bereavement changed him--made him more odd and taciturn than ever. There was also some disgrace about his younger brother, my Uncle Silas, which he felt bitterly, and he had given himself up to the secluded life of a student.

He was pacing the floor. I remember the start with which, not suspecting he was close by me, I lifted my eyes, and saw him stand looking fixedly on me from less than a yard away.

"She won't understand," he whispered, "no, she won't. Will she? They are easily frightened--ay, they are. I'd better do it another way, and she'll not suspect--she'll not suppose. See, child?" he said, after a second or two. "Remember this key."

It was oddly shaped, and unlike others.

"It opens that." And he tapped sharply on the door of a cabinet. "You will tell nobody what I have said, under pain of my displeasure."

"Good child! Except under one contingency. That is, in case I should be absent and Dr. Bryerly--you recollect the thin gentleman in spectacles and a black wig, who spent three days here last month?--should come and enquire for the key, you understand, in my absence."

"True, child. I am glad you are so wise. That, you will find, I have provided for. I have a very sure friend--a friend whom I once misunderstood, but now appreciate."

I wondered silently whether it would be Uncle Silas.

"He'll make me a call some day soon, and I must make a little journey with him. He's not to be denied; I have no choice. But on the whole I rather like it. Remember, I say, I rather like it."

I think it was about a fortnight after this conversation that I was one night sitting in the great drawing-room window, when on a sudden, on the grass before me stood an odd figure--a very tall woman in grey draperies, courtesying rather fantastically, smiling very unpleasantly on me, and gabbling and cackling shrilly--I could not distinctly hear what--and gesticulating oddly with her long arms and hands. This was Madame de la Rougierre, my new governess.

I think all the servants hated her. She was by no means a pleasant gouvernante for a nervous girl of my years. She was always making excuses to consult my father about my contumacy and temper. She tormented me by ghost stories to cover her nocturnal ramblings, and she betrayed a terrifying curiosity about his health and his will. My cousin Monica, Lady Knollys, who visited us about this time, was shocked at her presence in the house; it was the cause of a rupture between my father and her....