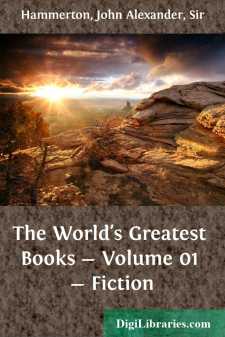 EDMOND ABOUT The King of the Mountains Edmond About was the son of a grocer at Dieuze, in Lorraine, France, where he was born Feb. 14, 1828. Even in childhood he displayed the vivacity of mind and the irreverent spirit which were to make him the most entertaining anti-clerical writer of his period. His tales have the qualities of the best writing of the eighteenth century, enhanced by the modern interest of his own century. "The King of the Mountains" is the best-known of his novels, as it is also the best. In 1854 About was working as a poor archaeologist at the French School at Athens, where he noticed there was a curious understanding between the brigands and the police of modern Hellas. Brigandage was becoming a safe and almost a respectable Greek industry. "Why not make it quite respectable and regular?" said About. "Why does not some brigand chief, with a good connection, convert his business into a properly registered joint-stock company?" So he produced, in 1856, one of the most delightful of satirical novels, "The King of the Mountains." Edmond About died on January 17, 1885, shortly after his election to the French Academy. I.--The Brigand and His Business

I am no coward; still, I have some regard for my life. It is a present I received from my parents, and I wish to preserve it as long as possible in remembrance of them. So, on my arrival at Athens, in April, 1856, I refrained from going into the country.

Had the director of the Hamburg Botanical Gardens said to me when I left Germany: "My dear Hermann Schultz, I want you to go to Greece and draw up a report on the remarkable system of brigandage obtaining in that land," I might bravely have begun by going for a ride outside Athens, as my American friends, John Harris and William Lobster, did. But I had merely been sent, at a salary of ?10 a month, to collect the rarer specimens of the flora of Greece. I therefore began by studying the native plants in the royal gardens; and put off the work of searching for new species and varieties.

John Harris and William Lobster, who lodged with me at the shop of the pastry cook, Christodulos, in Hermes Street, were persons of a more adventurous temperament. Borrowing the only two horses that Christodulos possessed, they rode out into the country. But they had scarcely gone a mile when they were stopped by a band of brigands, and urgently invited to pay a visit to the King of the Mountains. The Americans refused to go, as the King of the Mountains had an unkindly way of holding his visitors to large ransoms, and killing them if the money were not quickly paid. But the brigands--there were fourteen of them--insisted, and got out ropes and began to bind their captives. Neither Harris nor Lobster was made of the kind of wood of which faggots are composed. They drew their revolvers, and used them with astonishing effect. They lost the horses, but got safely back to Athens.

"I suppose I mustn't grumble over two horses," said Christodulos. "I served under Hadgi Stavros, the King of the Mountains, in the War of Independence, and earned enough money to set up in business."

Then, over a bottle of Santorin wine, Christodulos related the story of the great brigand chief....