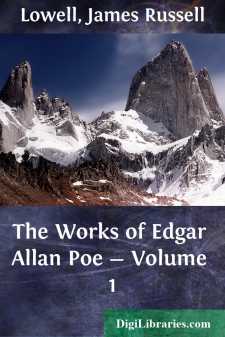 THE situation of American literature is anomalous. It has no centre, or, if it have, it is like that of the sphere of Hermes. It is, divided into many systems, each revolving round its several suns, and often presenting to the rest only the faint glimmer of a milk-and-water way. Our capital city, unlike London or Paris, is not a great central heart from which life and vigor radiate to the extremities, but resembles more an isolated umbilicus stuck down as near a's may be to the centre of the land, and seeming rather to tell a legend of former usefulness than to serve any present need. Boston, New York, Philadelphia, each has its literature almost more distinct than those of the different dialects of Germany; and the Young Queen of the West has also one of her own, of which some articulate rumor barely has reached us dwellers by the Atlantic.

Perhaps there is no task more difficult than the just criticism of contemporary literature. It is even more grateful to give praise where it is needed than where it is deserved, and friendship so often seduces the iron stylus of justice into a vague flourish, that she writes what seems rather like an epitaph than a criticism. Yet if praise be given as an alms, we could not drop so poisonous a one into any man's hat. The critic's ink may suffer equally from too large an infusion of nutgalls or of sugar. But it is easier to be generous than to be just, and we might readily put faith in that fabulous direction to the hiding place of truth, did we judge from the amount of water which we usually find mixed with it.

Remarkable experiences are usually confined to the inner life of imaginative men, but Mr. Poe's biography displays a vicissitude and peculiarity of interest such as is rarely met with. The offspring of a romantic marriage, and left an orphan at an early age, he was adopted by Mr. Allan, a wealthy Virginian, whose barren marriage-bed seemed the warranty of a large estate to the young poet.

Having received a classical education in England, he returned home and entered the University of Virginia, where, after an extravagant course, followed by reformation at the last extremity, he was graduated with the highest honors of his class. Then came a boyish attempt to join the fortunes of the insurgent Greeks, which ended at St. Petersburg, where he got into difficulties through want of a passport, from which he was rescued by the American consul and sent home. He now entered the military academy at West Point, from which he obtained a dismissal on hearing of the birth of a son to his adopted father, by a second marriage, an event which cut off his expectations as an heir. The death of Mr. Allan, in whose will his name was not mentioned, soon after relieved him of all doubt in this regard, and he committed himself at once to authorship for a support. Previously to this, however, he had published (in 1827) a small volume of poems, which soon ran through three editions, and excited high expectations of its author's future distinction in the minds of many competent judges.

That no certain augury can be drawn from a poet's earliest lispings there are instances enough to prove. Shakespeare's first poems, though brimful of vigor and youth and picturesqueness, give but a very faint promise of the directness, condensation and overflowing moral of his maturer works. Perhaps, however, Shakespeare is hardly a case in point, his "Venus and Adonis" having been published, we believe, in his twenty-sixth year. Milton's Latin verses show tenderness, a fine eye for nature, and a delicate appreciation of classic models, but give no hint of the author of a new style in poetry. Pope's youthful pieces have all the sing-song, wholly unrelieved by the glittering malignity and eloquent irreligion of his later productions. Collins' callow namby-pamby died and gave no sign of the vigorous and original genius which he afterward displayed....