The Women of the Caesars 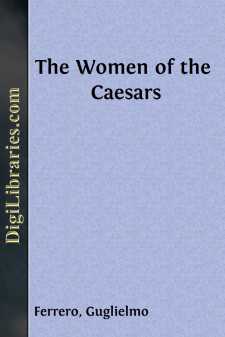 I WOMAN AND MARRIAGE IN ANCIENT ROME

"Many things that among the Greeks are considered improper and unfitting," wrote Cornelius Nepos in the preface to his "Lives," "are permitted by our customs. Is there by chance a Roman who is ashamed to take his wife to a dinner away from home? Does it happen that the mistress of the house in any family does not enter the anterooms frequented by strangers and show herself among them? Not so in Greece: there the woman accepts invitations only among families to which she is related, and she remains withdrawn in that inner part of the house which is called the gynaeceum, where only the nearest relatives are admitted."

This passage, one of the most significant in all the little work of Nepos, draws in a few, clear, telling strokes one of the most marked distinctions between the Greco-Asiatic world and the Roman. Among ancient societies, the Roman was probably that in which, at least among the better classes, woman enjoyed the greatest social liberty and the greatest legal and economic autonomy. There she most nearly approached that condition of moral and civil equality with man which makes her his comrade, and not his slave—that equality in which modern civilization sees one of the supreme ends of moral progress.

The doctrine held by some philosophers and sociologists, that military peoples subordinate woman to a tyrannical régime of domestic servitude, is wholly disproved by the history of Rome. If there was ever a time when the Roman woman lived in a state of perennial tutelage, under the authority of man from birth to death—of the husband, if not of the father, or, if not of father or husband, of the guardian—that time belongs to remote antiquity.

When Rome became the master state of the Mediterranean world, and especially during the last century of the republic, woman, aside from a few slight limitations of form rather than of substance, had already acquired legal and economic independence, the condition necessary for social and moral equality. As to marriage, the affianced pair could at that time choose between two different legal family régimes: marriage with manus, the older form, in which all the goods of the wife passed to the ownership of the husband, so that she could no longer possess anything in her own name; or marriage without manus, in which only the dower became the property of the husband, and the wife remained mistress of all her other belongings and all that she might acquire. Except in some cases, and for special reasons, in all the families of the aristocracy, by common consent, marriages, during the last centuries of the republic, were contracted in the later form; so that at that time married women directly and openly had gained economic independence.

During the same period, indirectly, and by means of juridical evasions, this independence was also won by unmarried women, who, according to ancient laws, ought to have remained all their lives under a guardian, either selected by the father in his will or appointed by the law in default of such selection....