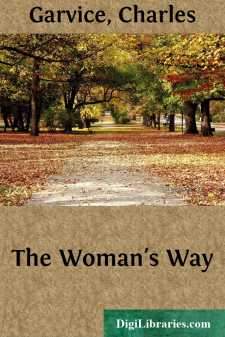 Celia climbed up the steps to her room slowly; not because she was very tired, but because her room was nearly at the top of Brown's Buildings and she had learnt that, at any rate, it was well to begin slowly. It was only the milk boy and the paper boy who ran up the stairs, and they generally whistled or sang as they ran, heedless of feminine reproofs or masculine curses. There was no lift at Brown's; its steps were as stony and as steep as those of which Dante complained; the rail on which Celia's hand rested occasionally was of iron; and Brown's whitewashed corridors, devoid of ornament, were so severe as to resemble those of a prison; indeed, more than one of the inhabitants of the Buildings spoke of them, with grim facetiousness, as The Jail. Without having to pause to gain her breath, for at twenty-two, when you are well and strong, even sixty steep steps do not matter very much, Celia unlocked a door, bearing the number "105," and entered her room.

It was not large; to descend to detail, it measured exactly ten feet by fifteen feet; but scantily furnished as it was, it contrasted pleasantly with the prison-like corridor on which it opened. Like that of the Baby Bear, everything in the apartment was small; a tiny table, a diminutive armchair, a miniature bookcase; the one exception was a wardrobe, which was not in reality a wardrobe; it served a double purpose; for when the doors were opened, they disclosed a bed, standing on its head, which came down at night and offered Celia repose. The room had a cheerful air; there was a small fire in the tiny grate, and the light of the flickering coal was reflected on one or two cheap, but artistically good, engravings, and on the deep maroon curtains—"Our celebrated art serge, 1s. 6d. a yard, double width"—which draped the windows looking down on Elsham Street, which runs parallel with its great, roaring, bustling brother, Victoria Street.

There were few prettier rooms in Brown's than Celia's; but then, compared with the other inhabitants of The Jail, she was quite well-to-do, not to say rich; for she earned a pound a week; and a pound a week is regarded as representing affluence by those who are earning only fifteen shillings; and that sum, I fancy, represented the top income of most of Celia's neighbours.

You can do a great deal with a pound a week. Let us consider for a moment: rent, which includes all rates and taxes, five shillings a week; gas, purchased on the beautiful and simple penny-in-the-slot system, say, one shilling and threepence, and firing one shilling and sixpence—at Brown's you only have a fire when it is really cold, and it is wonderful how far you can make a halfpenny bundle of wood go when you know the trick of it. Now we come to the not unimportant item of food. It is quite easy; breakfast, consisting of an egg, which the grocer, with pleasing optimism, insists upon calling "fresh," one penny; bread and butter, per week, one shilling and sixpence; tea, milk, and sugar, per week, one and fourpence. Lunch, a really good, substantial meal, of savoury sausage or succulent fish and mashed potato, and a bun. If you are a lady the bun is indispensable; for if there is one faith implanted firmly in the feminine breast, it is that which accepts the penny bun as a form of nutrition not to be equalled. Thrones totter and fall, dynasties stagger and pass away, but the devotion of Woman to the Penny Bun stands firm amidst the cataclysms of nature and nations. This substantial lunch costs sixpence. On Sundays, you dine sumptuously at home on a chop, or eggs and bacon, cooked over your gas-ring, and eaten with the leisure which such luxury deserves. Tea, which if you are in Celia's case, you take at home, consists of the remains of the loaf and the milk left from breakfast, enhanced by a sausage "Made in Germany," or, say, for a change, half a haddock, twopence. Of course, this meal is supper and tea combined.

If you tot all this up, you will find it has now reached the not inconsiderable sum of fifteen shillings and tenpence....