The Wits and Beaux of Society Volume 2 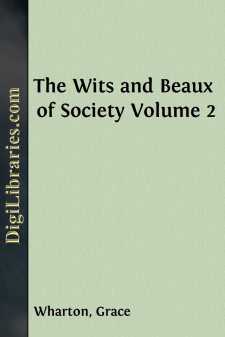 Had this elegant writer, remarks the compiler of 'Walpoliana,' composed memoirs of his own life, an example authorized by eminent names, ancient and modern, every other pen must have been dropped in despair, so true was it that 'he united the good sense of Fontenelle with the Attic salt and graces of Count Anthony Hamilton.'

But 'Horace' was a man of great literary modesty, and always undervalued his own efforts. His life was one of little incident: it is his character, his mind, the society around him, the period in which he shone, that give the charm to his correspondence, and the interest to his biography.

Besides, he had the weakness common to several other fine gentlemen who have combined letters and haut ton, of being ashamed of the literary character. The vulgarity of the court, its indifference to all that was not party writing, whether polemical or political, cast a shade over authors in his time.

Never was there, beneath all his assumed Whig principles, a more profound aristocrat than Horace Walpole. He was, by birth, one of those well-descended English gentlemen who have often scorned the title of noble, and who have repudiated the notion of merging their own ancient names in modern titles....