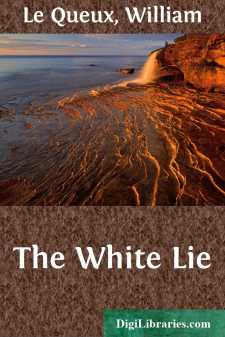 CHAPTER I. IS MAINLY MYSTERIOUS.

“Who knows! Poor Dick Harborne was certainly a man of secrets, and of many adventures.”

“Well, it certainly is a most mysterious affair. You, my dear Barclay, appear to be the last person to have spoken to him.”

“Apparently I was,” replied Lieutenant Noel Barclay, of the Naval Flying Corps, a tall, slim, good-looking, clean-shaven man in aviator’s garb, and wearing a thick woollen muffler and a brown leather cap with rolls at the ears, as he walked one August afternoon up the village street of Mundesley-on-Sea, in Norfolk, a quaint, old-world street swept by the fresh breeze of the North Sea. “Yesterday I flew over here from Yarmouth to see the cable-laying, and met Dick in the post-office. I hadn’t seen him for a couple of years. We were shipmates in the Antrim before he retired from the service and went abroad.”

“Came into money, I suppose?” remarked his companion, Francis Goring, a long-legged, middle-aged man, who, in a suit of well-worn tweeds, presented the ideal type of the English landowner, as indeed he was—owner of Keswick Hall, a fine place a few miles distant, and a Justice of the Peace for the county of Norfolk.

“No,” replied the aviator, unwinding his woollen scarf. “That’s just it. I don’t think he came into money. He simply retired, and next we heard was that he was living a wandering, adventurous life on the Continent. I ran up against him in town once or twice, and he always seemed amazingly prosperous. Yet there was some sort of a mystery about him—of that I have always felt certain.”

“That’s interesting,” declared the man at his side. “Anything suspicious—eh?”

“Well, I hardly know. Only, one night as I was walking from the Empire along to the Rag, I passed a man very seedy and down-at-heel. He recognised me in an instant, and hurried on towards Piccadilly Circus. It was Dick—of that I’m absolutely convinced. I had a cocktail with him in the club next day, but he never referred to the incident.”

“If he had retired from the Navy, then what was his business, do you suppose?”

“Haven’t the slightest idea,” Barclay replied. “I met him here with a motor-bike late yesterday afternoon. We had a drink together across at the Grand, against the sea, and I left him just after five o’clock. I had the hydroplane out and went up from opposite the coastguard station,” he said, pointing to the small, well-kept grass plot on the left, where stood the flagstaff and the white cottages of the coastguard. “He watched me get up, and then, I suppose, he started off on his bike for Norwich. What happened afterwards is entirely shrouded in mystery. He was seen to pass through the market-place of North Walsham, five miles away, and an hour and a quarter later he was found, only three miles farther on, at a lonely spot near the junction of the Norwich road and that leading up to Worstead Station, between Westwick and Fairstead. A carter found him lying in a ditch at the roadside, stabbed in the throat, while his motor-cycle was missing!”

“From the papers this morning it appears that your friend has been about this neighbourhood a good deal of late. For what reason nobody knows. He’s been living sometimes at the Royal at Norwich and the King’s Head at Beccles for the past month or so, they say.”

“He told me so himself. He promised to come over to me at the air-station at Yarmouth to-morrow and lunch with me, poor fellow.”

“I wonder what really happened?”

“Ah, I wonder!” remarked the slim, well-set-up, flying officer. “A mere tramp doesn’t kill a fellow of Dick Harborne’s hard stamp in order to rob him of his cycle.”