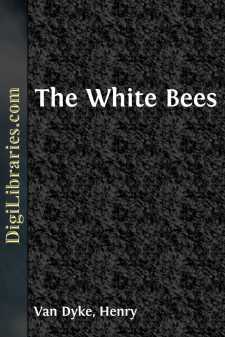 Long ago Apollo called to Aristaeus, youngest      of the shepherds,    Saying, "I will make you keeper of my bees."  Golden were the hives, and golden was the honey;      golden, too, the music,    Where the honey-makers hummed among the trees.

Happy Aristaeus loitered in the garden, wandered      in the orchard,    Careless and contented, indolent and free;  Lightly took his labour, lightly took his pleasure,      till the fated moment    When across his pathway came Eurydice.

Then her eyes enkindled burning love within him;      drove him wild with longing,    For the perfect sweetness of her flower-like face;  Eagerly he followed, while she fled before him,      over mead and mountain,    On through field and forest, in a breathless      race.

But the nymph, in flying, trod upon a serpent;       like a dream she vanished;    Pluto's chariot bore her down among the dead;  Lonely Aristaeus, sadly home returning, found his       garden empty,    All the hives deserted, all the music fled.

Mournfully bewailing,—"ah, my honey-makers,       where have you departed?"—    Far and wide he sought them, over sea and shore;  Foolish is the tale that says he ever found them,       brought them home in triumph,—    Joys that once escape us fly for evermore.

Yet I dream that somewhere, clad in downy       whiteness, dwell the honey-makers,    In aerial gardens that no mortal sees:  And at times returning, lo, they flutter round us,       gathering mystic harvest,—    So I weave the legend of the long-lost bees.

II THE SWARMING OF THE BEES I

Who can tell the hiding of the white bees'      nest?  Who can trace the guiding of their swift home      flight?  Far would be his riding on a life-long quest:    Surely ere it ended would his beard grow        white.

Wait till winter hardens in the cold grey sky,    Wait till leaves are fallen and the brooks all        freeze,  Then above the gardens where the dead flowers        lie,    Swarm the merry millions of the wild white        bees.

Out of the high-built airy hive,  Deep in the clouds that veil the sun,  Look how the first of the swarm arrive;  Timidly venturing, one by one,  Down through the tranquil air,  Wavering here and there,  Large, and lazy in flight,—  Caught by a lift of the breeze,  Tangled among the naked trees,—  Dropping then, without a sound,  Feather-white, feather-light,  To their rest on the ground.

Thus the swarming is begun....