The Waif of the "Cynthia" 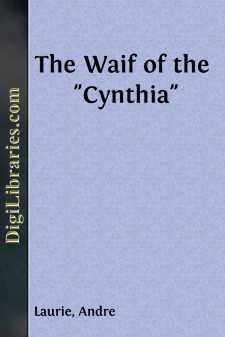 There is probably neither in Europe nor anywhere else a scholar whose face is more universally known than that of Dr. Schwaryencrona, of Stockholm. His portrait appears on the millions of bottles with green seals, which are sent to the confines of the globe.

Truth compels us to state that these bottles only contain cod liver oil, a good and useful medicine; which is sold to the inhabitants of Norway for a "couronnes," which is worth one franc and thirty-nine centimes.

Formerly this oil was made by the fishermen, but now the process is a more scientific one, and the prince of this special industry is the celebrated Dr. Schwaryencrona.

There is no one who has not seen his pointed beard, his spectacles, his hooked nose, and his cap of otter skin. The engraving, perhaps, is not very fine, but it is certainly a striking likeness. A proof of this is what happened one day in a primary school in Noroe, on the western coast of Norway, a few leagues from Bergen.

Two o'clock had struck. The pupils were in their classes in the large, sanded hall—the girls on the left and the boys on the right—occupied in following the demonstration which their teacher, Mr. Malarius, was making on the black-board. Suddenly the door opened, and a fur coat, fur boots, fur gloves, and a cap of otter, made their appearance on the threshold.

The pupils immediately rose respectfully, as is usual when a stranger visits the class-room. None of them had ever seen the new arrival before, but they all whispered when they saw him, "Doctor Schwaryencrona," so much did the picture engraved on the bottles resemble the doctor.

We must say that the pupils of Mr. Malarius had the bottles continually before their eyes, for one of the principal manufactories of the doctor was at Noroe. But for many years the learned man had not visited that place, and none of the children consequently could have beheld him in the flesh. In imagination it was another matter, for they often spoke of him in Noroe, and his ears must have often tingled, if the popular belief has any foundation. Be this as it may, his recognition was unanimous, and a triumph for the unknown artist who had drawn his portrait—a triumph of which this modest artist might justly be proud, and of which more than one photographer in the world might well be jealous.

But what astonished and disappointed the pupils a little was to discover that the doctor was a man below the ordinary height, and not the giant which they had imagined him to be. How could such an illustrious man be satisfied with a height of only five feet three inches? His gray head hardly reached the shoulder of Mr. Malarius, and he was already stooping with age. He was also much thinner than the doctor, which made him appear twice as tall. His large brown overcoat, to which long use had given a greenish tint, hung loosely around him; he wore short breeches and shoes with buckles, and from beneath his black silk cap a few gray locks had made their escape....