The Vigilance Committee of 1856 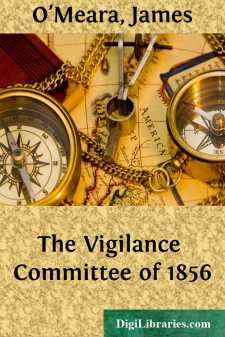 Many accounts of the Vigilance Committee of San Francisco have been published, but all of them, so far as I have seen, were from the pen of members of that organization, or else from persons who favored it. As a consequence their accounts of it were either partial, to a greater or less degree, or imperfect otherwise; and much has been omitted as well as misstated and misrepresented otherwise. I was not a member of the Vigilance Committee, nor was I a member of the opposing organization, known as the Law and Order body, of which General Sherman was the head and Volney E. Howard next in rank. I have never been in favor of mob or lynch-law in any form, and, therefore, had neither sympathy with nor disposition to join the Vigilance Committee. And while I was earnestly in support of Law and Order, I did not feel that I could better subserve that cause by joining the organization formed at that time, for the avowed purpose of maintaining the one and enforcing the other. I had many friends on each side, and I also knew many in each organization who were unworthy of fellowship in any good or honorable cause or association; and some of these bore prominent rank in each organization. As was said of the Regulators of Texas, who directed their energies chiefly against horse thieves and robbers, that some of the worst and most guilty of them hastened to join the band, in order to save themselves from arrest and the rope or bullet, likewise were there some prominent in the Vigilance Committee of 1856, who undoubtedly joined it for similar reasons—to escape the terrors of the organization; and the Executive Committee was not exempt from these infamous characters.

The military organization of the Vigilance Committee, rank and file, numbered nearly 5,000 men. Several of the Executive Committee were alien residents who never became citizens; and in the Committee, serving as troops, as police, and in other lines, were a large number of aliens, not naturalized, many of whom had not acquired sufficient proficiency in the English language to speak it or understand it....