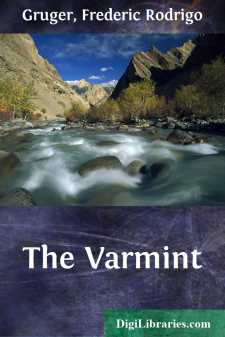 When young Stover disembarked at the Trenton station on the fourth day after the opening of the spring term he had acquired in his brief journey so much of the Pennsylvania rolling stock as could be detached and concealed. Inserted between his nether and outer shirts were two gilt "Directions to Travelers" which clung like mustard plasters to his back, while a jagged tin sign, wrenched from the home terminal, embraced his stomach with the painful tenacity of the historic Spartan fox. In his pockets were objects—small objects but precious and dangerous to unscrew and acquire.

Being forced to wait, he sat now, preternaturally stiff, perched on a heap of trunks, clutching a broken dress-suit case which had been re-enforced with particolored strings.

There was about young Stover, when properly washed, a certain air of cherubim that instantly struck the observer; his tousled tow hair had a cathedral tone, his cheek was guileless and his big blue eyes had an upward cast toward the angels which, as in the present moment when he was industriously exchanging a check labeled Baltimore to a trunk bound for Jersey City, was absolutely convincing. But from the limit whence the cherub continueth not the imp began. His collar was crumpled and smutty with the descent of many signs, a salmon-pink necktie had quarreled with a lavender shirt and retreated toward one ear, one cuff had broken loose and one sulked up the sleeve. His green serge pockets bulged in every direction, while the striped blue-and-white trousers, already outgrown, stuck to the knees and halted short of a pair of white socks that in turn disappeared into a pair of razor-pointed patent-leathers.

Young Stover's career at Miss Wandell's Select Academy for boys and girls had been a tremendous success, for it had ended in a frank confession on Miss Wandell's part that her limited curriculum was inadequate for the abnormal activities of dangerous criminals.

As Stover completed the transfer of the last trunk-checks the stage for Lawrenceville plodded cumbrously up, and from the box Jimmy hailed him.

Stover swung up, gingerly pushing ahead of him the battered bag.

"Lawrenceville?" said the driver, looking at it suspiciously.

"Oh, the Green will be good enough for me."

"Thanks, I'll cuddle here," said Stover, slipping into the seat next to him, "just to look over the way you handle the ribbons and see if I approve."

Jimmy, connoisseur of new arrivals, glanced behind at the only other passenger, a man of consular mould, and then looked at Stover in sardonic amusement.

"Don't look at me like that, old Sport," said Stover impressively; "I've driven real coaches, sixteen horses, rip-snorters, and all that sort of thing."

Jimmy, having guided the placid animals through the labyrinths of Trenton, gave them the rein on the long highway that leads to Lawrenceville and turned to examine Stover with new relish....