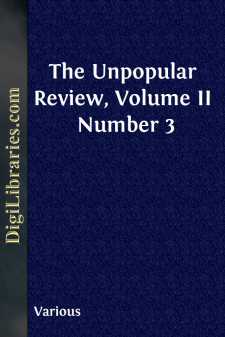 The “new social conscience” is essentially a class phenomenon. While it pretends to the rôle of inner monitor and guide to conduct for all mankind, it interprets good and evil in class terms. It manifests a special solicitude for the welfare of one social group, and a mute hostility toward another. Labor is its Esau, Capital its Jacob. Let strife arise between workingmen and their employers, and you will see the new social conscience aligning itself with the former, accepting at face value all the claims of labor, reiterating all labor’s formulæ. The suggestion that judgment should be suspended until the facts at issue are established is repudiated as the prompting of a secret sin. For, to paraphrase a recent utterance of the Survey, one of the foremost organs of the new conscience, is it not true that the workers are fighting for their livings, while the employers are fighting only for their profits? It would appear, then, that there can be no question as to the side to which justice inclines. A living is more sacred than a profit.

It is virtually never true, however, that the workers are fighting for their “living.” Contrary to Marx’s exploded “iron law” they probably had that and more before the trouble began. But of course we would not wish to restrict them to a living, if they can produce more, and want all who can’t produce that much to be provided with it—and something more at the expense of others.

It may be urged that the employer’s profits also represent the livings of a number of human beings; but this passes nowadays for a reactionary view. “We stand for [pg 2]man as against the dollar.” If you say that the “dollar” is metonymy for “the man possessed of a dollar,” with rights to defend, and reasonable expectations to be realized, you convict yourself of reaction. “These gentry” (I quote from the May Atlantic) “suppose themselves to be discussing the rights of man, when all they are discussing is the rights of stockholders.” The true view, the progressive view, is obviously that the possessors of the dollar, the recipients of profits and dividends, are excluded from the communion of humanity. Labor is mankind.

The present instance is of course not the only instance in human history of the substitution of class criteria of judgment for social criteria. Such manifestations of class conscience are doubtless justified in the large economy of human affairs; an individual must often claim all in order to gain anything, and the same may be true of a class. Besides, the ultimate arbitration of the claims of the classes is not a matter for the rational judgment. What is subject to rational analysis, however, are the methods of gaining its ends proposed by the new social conscience. Of these methods one of wide acceptance is that of fixing odium upon certain property interests, with a view to depriving them immediately of the respect still granted to property interests in general, and ultimately of the protection of the laws....