The United States of America, Part 1 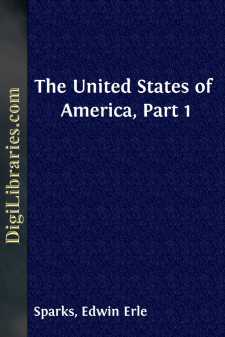 CHAPTER I A UNION IN FORM ONLY

When did the sovereign nation of the United States begin? From one point of view, it was called into existence by the motion for Independence passed by the Continental Congress on the second day of July, 1776, when the people of the rebelling British colonies in America, by action of their representatives, assumed a free and independent position. But a motion is intangible. It is an act, of which the announcement is the visible result. "A decent respect to the opinions of mankind" prompted the Congress on July 4, 1776, to "declare the causes" which impelled it to separation. This date is accepted in the popular mind, as well as by official action, as the beginning of national existence. If recognition by other powers be assumed as the criterion, the sovereignty began in 1778, when treaties of alliance and commerce were signed with France. But if the actions indicated above were incidental steps to the commencement of sovereignty, if a general recognition by nations be necessary, together with the consent of the former owner, and a restoration of peace and order, then the real story of the United States begins on September 3, 1783. This conclusion is reached by considering fact as well as form.

[Illustration: SIGNATURES TO THE DEFINITIVE TREATY OF 1783. Original in the Department of State Washington. D. Hartey was given power by the King of England and Adams, Franklin, and Jay by the Congress of the United States. Individual seals were used.]

A few days after that date, John Adams, Benjamin Franklin, and JohnJay wrote from Paris to the president of the Continental Congress atPhiladelphia:

"On the 3d instant, definite treaties were concluded between all the late belligerent powers except the Dutch, who the day before settled and signed preliminary articles of peace with Britain. We most sincerely and cordially congratulate Congress and our country in general on this happy event; and we hope that the same kind Providence which has led us through a vigorous war to an honourable peace will enable us to make a wise and moderate use of that inestimable blessing."

Thus happily ended more than eight years of warfare and almost two years of negotiation. The disturbed conditions of war gave way rapidly to the normal condition of peace. The four European powers, which had been drawn into war by the American cause, adjusted their disturbed relations. The King of England, at the next opening of Parliament, acknowledged the loss of a portion of his American possessions. John Adams with his family crossed from France to England to represent the new nation. The archives of the republic showed treaties with France, the Netherlands, Great Britain, and Sweden, soon to be followed by similar acknowledgments from Prussia and Morocco. A national frame of government had been adopted by the new power. Peace prevailed throughout the land. Local government was established in every State. In external appearance as well as internal form the career of the independent republic of the United States had most auspiciously begun....