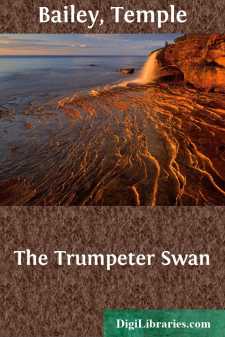 CHAPTER I A MAJOR AND TWO MINORS I

It had rained all night, one of the summer rains that, beginning in a thunder-storm in Washington, had continued in a steaming drizzle until morning.

There were only four passengers in the sleeper, men all of them—two in adjoining sections in the middle of the car, a third in the drawing-room, a fourth an intermittent occupant of a berth at the end. They had gone to bed unaware of the estate or circumstance of their fellow-travellers, and had waked to find the train delayed by washouts, and side-tracked until more could be learned of the condition of the road.

The man in the drawing-room shone, in the few glimpses that the others had of him, with an effulgence which was dazzling. His valet, the intermittent sleeper in the end berth, was a smug little soul, with a small nose which pointed to the stars. When the door of the compartment opened to admit breakfast there was the radiance of a brocade dressing-gown, the shine of a sleek head, the staccato of an imperious voice.

Randy Paine, long and lank, in faded khaki, rose, leaned over the seat of the section in front of him and drawled, "'It is not raining rain to me—it's raining roses—down——'"

A pleasant laugh, and a deep voice, "Come around here and talk to me. You're a Virginian, aren't you?"

"By the grace of God and the discrimination of my ancestors," young Randolph, as he dropped into the seat opposite the man with the deep voice, saluted the dead and gone Paines.

"Then you know this part of it?"

"I was born here. In this county. It is bone of my bone and flesh of my flesh," there was a break in the boy's voice which robbed the words of grandiloquence.

"Hum—you love it? Yes? And I am greedy to get away. I want wider spaces——"

"Yes. Haven't seen it for three years. I thought when the war was over I might. But I've got to be near Washington, it seems. The heat drove me out, and somebody told me it would be cool in these hills——"

He moved restlessly. There was a crutch by his side. Young Paine noticed it for the first time. "I hate it."

He had a strong frame, broad shoulders and thin hips. One placed him immediately as a man of great physical force. Yet there was the crutch. Randy had seen other men, broad-shouldered, thin-hipped, who had come to worse than crutches. He did not want to think of them. He had escaped without a scratch. He did not believe that he had lacked courage, and there was a decoration to prove that he had not. But when he thought of those other men, he had no sense of his own valor. He had given so little and they had given so much.

Yet it was not a thing to speak of. He struck, therefore, a note to which he knew the other might respond.

"If you haven't been here before, you'll like the old places."

A moment's silence. Then, "That's my home. I have lived there all my life."

The lame man gave him a sharp glance. "I heard of it in Washington—delightful atmosphere—and all that——"

"You are going as a—paying guest?"

A deep flush stained the younger man's face. Suddenly he broke out. "If you knew how rotten it seems to me to have my mother keeping—boarders——"

"My dear fellow, I hope you don't think it is going to be rotten to have me?"

"No. But there are other people. And I didn't know until I came back from France—— She had to tell me when she knew I was coming."

"She had been doing it all the time you were away?"

"Yes. Before I went we had mortgaged things to help me through the University. I should have finished in a year if I hadn't enlisted. And Mother insisted there was enough for her. But there wasn't with the interest and everything—and she wouldn't sell an acre. I shan't let her keep on——"

"Are you going to turn me out?"

His smile was irresistible....