The True Story of the American Flag 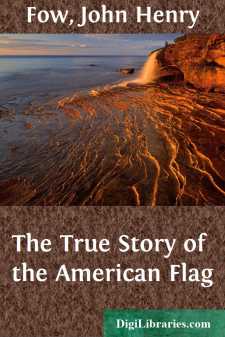 I was induced to make this research by the late William H. Egle, Librarian of the State Library at Harrisburg, whose knowledge of the early history of Pennsylvania was of valuable assistance to me in preparing the data for a history of the country along the Delaware river prior to 1682 (yet unfinished). Mr. Egle agreed with me that the claim of Mr. Canby that Betsy Ross designed and made the first flag was legendary and without that foundation which is so necessary to uphold claims of this character. Statements of such a character, when allowed to go unrefuted, do harm to the history of any people, inasmuch as they encourage others to build “air castles” and purchase old portraits to be palmed off on others as our “grandfather” who “fit” in the Revolution, or our “grandmother” who carried supplies to the troops at Valley Forge.

History is the best incentive to make men love their country; it encourages that patriotism which never falters, even at the cannon’s mouth. The sight of a flag or the music of a band merely enthuses as long as one is in sight or the other can be heard; but history and its knowledge are lasting and a source of pride. So, therefore, let it be true in all its details, no matter who may fall from the high pedestals upon which they have been placed by vain-glorious descendants.

“It will probably never be known who designed our Union of Stars, the records of Congress being silent upon the subject, and there being no mention or suggestion of it in any of the voluminous correspondence or diaries of the time, public or private, which have been published.”—Rear-Admiral Preble.

So far as regards the adoption of the combination of stars and stripes, the same assertion can be safely made. As to the origin of each this research, it is hoped, will prove conclusively, first, that colored stripes representing a combination for a common purpose were used nearly two hundred years before the Declaration of Independence; second, that stars were used in the union of a flag in November, 1775, on a flag raised on a Massachusetts privateer commanded by Captain Manley (see ), and that they were also used in the design of the book plate of the Washington family along with three stripes.

There can be no doubt that the stripes were made thirteen as a mere matter of sentiment to represent the colonies engaged in the Revolutionary struggle. As a matter of fact, the number thirteen appeared in a large number of instances during the Revolution, and was apparently used as an object lesson to remind the colonists that they were united in a common cause.

The colors of the stripes have no special meaning or significance, except that which anyone may apply who desires to make use of his imagination, or who may become sentimental upon the subject. Many have written and commented upon it; some have said that the red stripes mean courage, others war, daring, determination, and so on, and that the white stripes mean purity, peace, justice, or equity....