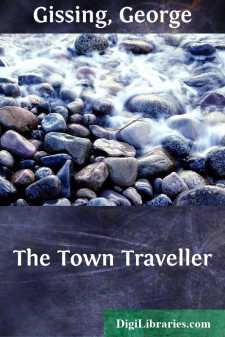 Moggie, the general, knocked at Mr. Gammon's door, and was answered by a sleepy "Hallo?"

"Mrs. Bubb wants to know if you know what time it is, sir? 'Cos it's half-past eight an' more."

"All right!" sounded cheerfully from within. "Any letters for me?"

"Bring 'em up, and put 'em under the door. And tell Mrs. Bubb I'll have breakfast in bed; you can put it down outside and shout. And I say, Moggie, ask somebody to run across and get me a 'Police News' and 'Clippings' and 'The Kennel'—understand? Two eggs, Moggie, and three rashers, toasted crisp—understand?"

As the girl turned to descend a voice called to her from another room on the same floor, a voice very distinctly feminine, rather shrill, and a trifle imperative.

"Moggie, I want my hot water-sharp!"

"It ain't nine yet, miss," answered Moggie in a tone of remonstrance.

"I know that—none of your cheek! If you come up here hollering at people's doors, how can anyone sleep? Bring the hot water at once, and mind it is hot."

"Shall I? If it wasn't too much trouble I'd come out and smack your face for you, you dirty little wretch!"

The servant—she was about sixteen, and no dirtier than became her position—scampered down the stairs, burst into the cellar kitchen, and in a high, tearful wail complained to her mistress of the indignity she had suffered. There was no living in the house with that Miss Sparkes, who treated everybody like dirt under her feet. Smack her face, would she? What next? And all because she said the water would have to be 'otted. And Mr. Gammon wanted his breakfast in bed, and—and—why, there now, it had all been drove out of her mind by that Miss Sparkes.

Mrs. Bubb, the landlady, was frying some sausages for her first-floor lodgers; as usual at this hour she wore (presumably over some invisible clothing) a large shawl and a petticoat, her thin hair, black streaked with grey, knotted and pinned into a ball on the top of her head. Here and there about the kitchen ran four children, who were snatching a sort of picnic breakfast whilst they made ready for school. They looked healthy enough, and gabbled, laughed, sang, without heed to the elder folk. Their mother, healthy too, and with no ill-natured face-a slow, dull, sluggishly-mirthful woman of a common London type-heard Moggie out, and shook up the sausages before replying.

"Never you mind Miss Sparkes; I'll give her a talkin' to when she comes down. What was it as Mr. Gammon wanted? Breakfast in bed? And what else? I never see such a girl for forgetting!"

"Well, didn't I tell you as my 'ead had never closed the top!" urged Moggie in plaintive key. "How can I 'elp myself?"

"Here, take them letters up to him, and ask again; and if Miss Sparkes says anything don't give her no answer—see? Billy, fill the big kettle, and put it on before you go. Sally, you ain't a-goin' to school without brushin' your 'air? Do see after your sister, Janey, an' don't let her look such a slap-cabbage....