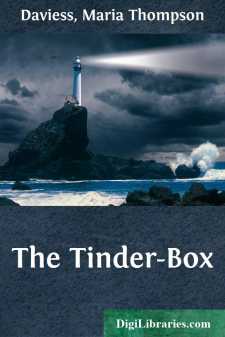 All love is a gas, and it takes either loneliness, strength of character, or religion to liquefy it into a condition to be ladled out of us, one to another. There is a certain dangerously volatile state of it; and occasionally people, especially of opposite sexes, try to administer it to each other in that form, with asphyxiation resulting to both hearts. And I'm willing to confess that it is generally a woman's fault when such an accident occurs. That is, it is a mistake of her nature, not one of intent. But she is learning!

Also when a woman is created, the winds have wooed star-dust, rose-dew, peach- down, and a few flint-shavings into a whirlwind of deviltry, and the world at large looks on in wonder and sore amazement, as well as breathless interest. I know, because I am one, and have just been waked up by the gyrations of the cyclone; and I'm deeply confounded. I don't like it, and wish I could have slept longer, but Fate and Jane Mathers decreed otherwise. At least Jane decreed, and Fate seems so far helpless to controvert the decree.

I might have known that when this jolly, easy-going old Fate of mine, which I inherited from a lot of indolent, pleasure-loving Harpeth Valley Tennesseans, let me pack up my graduating thesis, my B.S., and some delicious frocks, and go off to Paris for a degree from the Beaux Arts in Architecture, we would be caught up with by some kind of Nemesis or other, and put in our place in the biological and ethnological scheme of existence. Yes, Fate and I are placed, and Jane did it.

Also, I am glad, now that I know what is going to happen to me, that I had last week on shipboard, with Richard Hall bombarding my cardiac regions with his honest eyes and booming voice discreetly muffled to accord with the moonlight and the quiet places around the deck. I may never get that sort of a joy-drink again, but it was so well done that it will help me to administer the same to others when the awful occasion arrives.

"A woman is the spark that lights the flame on the altar of the inner man, dear, and you'll have to sparkle when your time comes," he warned me, as I hurried what might have been a very tender parting, the last night at sea.

"Spark"—she's a conflagration by this new plan of Jane's, but I'm glad he didn't know about it then. He may have to suffer from it yet. It is best for him to be as happy as he can as long as he can.

"Evelina, dear," said Jane, as she and Mary Elizabeth Conners and I sat in the suite of apartments in which our proud Alma Mater had lodged us old grads, returned for our second degrees, "your success has been remarkable, and I am not surprised at all that that positively creative thesis of yours on the Twentieth Century Garden, to which I listened to-night, procured you an honorable mention in your class at the Beaux Arts. The French are a nation that quickly recognizes genius. I am very happy to-night. All your honors and achievements make me only the more certain that I have chosen the right person for the glorious mission I am about to offer you."

"Oh, no, Jane!" I exclaimed, from a sort of instinct for trouble to come. I know that devoted, twenty-second century look in Jane's intense, near-sighted eyes, and I always fend from it. She is a very dear person, and I respectfully adore her. Indeed, I sometimes think she is the real spine in my back that was left out of me, and of its own strength got developed into another and a finer woman. She became captain of my Freshman soul, at the same time she captured the captaincy of the boat crew, on which I pulled stroke, and I'm still hitting the water when she gives the word, though it now looks as if we are both adrift on the high and uncharted seas—or sitting on the lid of a tinder-box, juggling lighted torches....