The Theology of Holiness 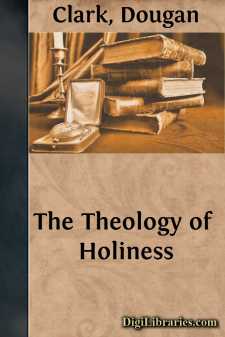 Entire Sanctification as Taught by John.

John, before Pentecost, was emphatically a Son of Thunder. He could forbid a man to cast out devils in the name of Jesus, because the man was not of his own particular fold. He was ready to imitate Elijah by calling down fire from heaven to destroy the Samaritans who would not extend the rites of hospitality to his Master. He was eager to have the highest possible place in the coming kingdom of his Lord, and this at whatever cost. But after Pentecost, John was par excellence the apostle of love. Not that his character became anything like putty. He could still rebuke evil and denounce Diotrephes, and forbid the elect lady to receive or countenance any who did not uphold the true, sound doctrines of the gospel. He was still a son of thunder against heresy and immorality, but he was preeminently, after his baptism with the Holy Ghost, a son of consolation. His soul seems absolutely absorbed in the love of God, and his exhortations to the churches, seemed all to concentrate in two special points, love God and love one another. His heart was made perfect in love on the day of Pentecost, and he never lost the blessed experience. He retained the blessing because he retained the Blesser. The Holy Comforter was his abiding guest and keeper.

The gospel of John contains many of the most profound and spiritual truths that ever fell from the lips of the Lord Jesus. And the only distinction which John accords to himself, and that always with the greatest modesty and humility, is “the disciple whom Jesus loved.”

He begins his gospel with a sublime assertion of the Deity and preëxistence of Christ as the Eternal Word, then tells of the incarnation, how the Word became flesh, and we beheld His glory, how although He was the Light of the world, yet the world knew Him not, and though He came unto His own (the Jews) yet His own received Him not, but as many as did receive Him, whether Jews or Gentiles, to them gave He power to become the children of God, and this through a new birth, not of human blood, or title, or pedigree, not of man in any way whatever, but of God. It is not sufficient, therefore, to be a child of God by creation, which, indeed, all men are, but by adoption, by the reception of the Divine nature by birth. And this new birth is more fully unfolded to the Jewish Sanhedrist, Nicodemus, both as to its necessity and its nature. “Ye must be born again.” “The Son of man must be lifted up.” The new birth is of water and the Spirit. The water is the water of life, the gospel offered freely to all, with its cleansing and refreshing and vivifying properties so well symbolized by water, and the Holy Spirit is the effective personal agent by whom the regeneration is wrought in the heart of the penitent sinner, though His operations may be as inexplicable as the wind, which bloweth where it listeth, and is known only by its results. Then we have the hinge-text of salvation, “God so loved the world that He gave His only begotten Son, that whosoever believeth in Him should not perish but have eternal life.” Thus, in this marvelous discourse with Nicodemus, we have God’s love or God’s grace as the source of our salvation, Christ crucified as the ground of it, and the Holy Spirit as the Divine Agent of its accomplishment....