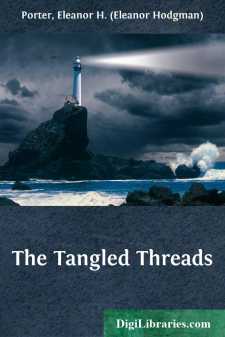 When Hester was two years old a wheezy hand-organ would set her eyes to sparkling and her cheeks to dimpling, and when she was twenty the "Maiden's Prayer," played by a school-girl, would fill her soul with ecstasy.

To Hester, all the world seemed full of melody. Even the clouds in the sky sailed slowly along in time to a stately march in her brain, or danced to the tune of a merry schottische that sounded for her ears alone. And when she saw the sunset from the hill behind her home, there was always music then—low and tender if the colors were soft and pale-tinted, grand and awful if the wind blew shreds and tatters of storm-clouds across a purpling sky. All this was within Hester; but without—

There had been but little room in Hester's life for music. Her days were an endless round of dish-washing and baby-tending—first for her mother, later for herself. There had been no money for music lessons, no time for piano practice. Hester's childish heart had swelled with bitter envy whenever she saw the coveted music roll swinging from some playmate's hand. At that time her favorite "make-believe" had been to play at going for a music lesson, with a carefully modeled roll of brown paper suspended by a string from her fingers.

Hester was forty now. Two sturdy boys and a girl of nine gave her three hungry mouths to feed and six active feet to keep in holeless stockings. Her husband had been dead two years, and life was a struggle and a problem. The boys she trained rigorously, giving just measure of love and care; but the girl—ah, Penelope should have that for which she herself had so longed. Penelope should take music lessons!

During all those nine years since Penelope had come to her, frequent dimes and quarters, with an occasional half-dollar, had found their way into an old stone jar on the top shelf in the pantry. It had been a dreary and pinching economy that had made possible this horde of silver, and its effects had been only too visible in Hester's turned and mended garments, to say nothing of her wasted figure and colorless cheeks. Penelope was nine now, and Hester deemed it a fitting time to begin the spending of her treasured wealth.

First, the instrument: it must be a rented one, of course. Hester went about the labor of procuring it in a state of exalted bliss that was in a measure compensation for her long years of sacrifice.

Her task did not prove to be a hard one. The widow Butler, about to go South for the winter, was more than glad to leave her piano in Hester's tender care, and the dollar a month rent which Hester at first insisted upon paying was finally cut in half, much to the widow Butler's satisfaction and Hester's grateful delight. This much accomplished, Hester turned her steps toward the white cottage wherein lived Margaret Gale, the music teacher.

Miss Gale, careful, conscientious, but of limited experience, placed her services at the disposal of all who could pay the price—thirty-five cents an hour; and she graciously accepted the name of her new pupil, entering "Penelope Martin" on her books for Saturday mornings at ten o'clock....