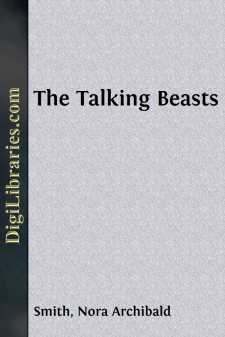 "Among all the different ways of giving counsel I think the finest and that which pleases the most universally is fable, in whatever shape it appears."

How shall I bring to your mind the time and distance that separate us from the Age of Fable? Think of what seemed to you the longest week of your life. Think of fifty-two of these in a year; then think of two thousand five hundred years and try to realize that Aesop—sometimes called the Eighth Wise Man—lived twenty-five centuries ago and made these wonderful tales that delight us to-day.

Shakespeare is even yet something of a mystery, although he was born in our own era, less than five hundred years ago; but men are still trying to discover any new facts of his life that might better explain his genius. A greater mystery is grand old Homer, who has puzzled the world for centuries. Scholars are not certain whether the "Iliad" or "Odyssey" are the work of one or more than one mind. Who can say? for the thrilling tales were told—probably after the fashion of all the minstrels of his day—more than eight hundred years before Christ.

On the background of that dim distant long ago, perhaps two hundred years later than Homer, looms the magnificent figure of another mysterious being—Aesop the Greek slave.

Wherever and whenever he lived, and whether, in fact, he ever lived at all, he seems very real to us, even though more than two thousand years have passed. Among all the stories that scholars and historians have told of him—sifting through the centuries the true from the false—we get a vivid picture of the man. He was born in Greece, probably in Phrygia, about 620 years before Christ. He had more than one master and it was the last, Iadmon, who gave him his liberty because of his talents and his wisdom. The historian Plutarch recounts his presence at the court of Croesus, King of Lydia, and his meeting Thales and Solon there, telling us also that he reproved the wise Solon for discourtesy toward the king. Aesop visited Athens and composed the famous fable of Jupiter and the Frogs for the instruction of the citizens. Whether he left any written fables is very uncertain, but those known by his name were popular in Athens when that city was celebrated throughout the world for its wit and its learning. Both Socrates and Plato delighted in them; Socrates, we read, having amused himself during the last days of his life with turning into verse some of Aesop's "myths" as he called them. Think of Socrates conning these fables in prison four hundred years before Christ, and then think of a more familiar picture in our own day—a gaunt, dark-faced, black-haired boy poring over a book as he lay by the fireside in a little Western farmhouse; for you remember that Abraham Lincoln's literary models were "Aesop's Fables," "The Pilgrim's Progress" and the Bible. Perhaps he read the fable of the Fig Tree, Olive, Vine, and Bramble from the ninth chapter of Judges, or that of the Thistle and Cedar from the fourteenth chapter of II Kings and noted that teaching by story-telling was still well in vogue six hundred years after Aesop....