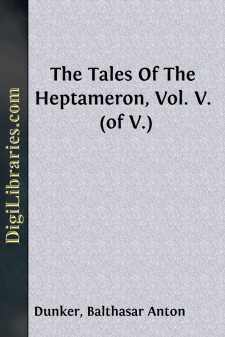 TALE LI. Because he would not have his son make a poor marriage, theDuke of Urbino, contrary to the promise given to his wife,hanged a young maiden by whom his son was wont to inform hissweetheart of the love he bore her.

The Duke of Urbino, called the Prefect, (1) the same that married the sister of the first Duke of Mantua, had a son of between eighteen and twenty years of age, who was in love with a girl of an excellent and honourable house, sister to the Abbot of Farse. (2) And since, according to the custom of the country, he was not free to converse with her as he wished, he obtained the aid of a gentleman in his service, who was in love with a very beautiful and virtuous young damsel in the service of his mother. By means of this damsel he informed his sweetheart of the deep affection that he bore her; and the poor girl, thinking no harm, took pleasure in doing him service, believing his purpose to be so good and virtuous that she might honourably be the carrier of his intentions. But the Duke, who had more regard for the profit of his house than for any virtuous affection, was in such great fear lest these dealings should lead his son (3) into marriage, that he caused a strict watch to be kept; whereupon he was informed that the poor damsel had been concerned in carrying some letters from his son to the lady he loved. On hearing this he was in great wrath, and resolved to take the matter in hand.

1 This is Francesco Maria I., della Rovere, nephew to PopeJulius II., by whom he was created Prefect of Rome. Broughtup at the French Court, he became one of the great captainsof the period, especially distinguishing himself in thecommand of the Venetian forces during the earlier part ofhis career. He married Leonora Ypolita Gonzaga, daughter ofFrancesco II., fourth Marquis of Mantua, respecting whom seeante, vol. iii., notes to Tale XIX. It was Leonora ratherthan her husband who imparted lustre to the Court of Urbinoat this period by encouraging arts and letters. Among thosewho flourished there were Raffaelle and BaldassareCastiglione. Francesco Maria, born in March 1491, died in1538 from the effects—so it is asserted by severalcontemporary writers—of a poisonous lotion which a Mantuanbarber had dropped into his ear. His wife, who bore him twosons (see post, note 3), died at the age of 72, in 1570.—L.and Ed.2 The French words are Abbé de Farse. Farse would appearto be a locality, as abbots were then usually designated bythe names of their monasteries; still it may be intended forthe Abbot's surname, and some commentators, adopting thisview, have suggested that the proper reading would beFarnese.—Ed.3 The Duke's two sons were Federigo, born in March 1511,and Guidobaldo, born in April 1514. The former according toall authorities died when "young," and probably long beforereaching man's estate. Dennistoun, in his searching Memoirsof the Dukes of Urbino (London, 1851), clearly shows thatfor many years prior to Francesco Maria's death his secondson Guidobaldo was the only child remaining to him....
Show more
Show less