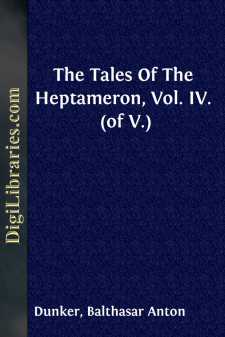 TALE XXXI. A monastery of Grey Friars was burned down, with the monksthat were in it, as a perpetual memorial of the crueltypractised by one among them that was in love with a lady.

In the lands subject to the Emperor Maximilian of Austria (1) there was a monastery of Grey Friars that was held in high repute, and nigh to it stood the house of a gentleman who was so kindly disposed to these monks that he could withhold nothing from them, in order to share in the benefits of their fastings and disciplines. Among the rest there was a tall and handsome friar whom the said gentleman had taken to be his confessor, and who had as much authority in the gentleman's house as the gentleman himself. This friar, seeing that the gentleman's wife was as beautiful and prudent as it was possible to be, fell so deeply in love with her that he lost all appetite for both food and drink, and all natural reason as well. One day, thinking to work his end, he went all alone to the house, and not finding the gentleman within, asked the lady whither he was gone. She replied that he was gone to an estate where he proposed remaining during two or three days, but that if the friar had business with him, she would despatch a man expressly to him. The friar said no to this, and began to walk to and fro in the house like one with a weighty matter in his mind.

When he had left the room, the lady said to one of her women (and there were but two) "Go after the good father and find out what he wants, for I judge by his countenance that he is displeased."

The serving-woman went to the courtyard and asked the friar whether he desired aught, whereat he answered that he did, and, drawing her into a corner, he took a dagger which he carried in his sleeve, and thrust it into her throat. Just after he had done this, there came into the courtyard a mounted servant who had been gone to receive the rent of a farm. As soon as he had dismounted he saluted the friar, who embraced him, and while doing so thrust the dagger into the back part of his neck. And thereupon he closed the castle gate.

The lady, finding that her serving-woman did not return, was astonished that she should remain so long with the friar, and said to the other—

"Go and see why your fellow-servant does not come back."

The woman went, and as soon as the good father saw her, he drew her aside into a corner and did to her as he had done to her companion. Then, finding himself alone in the house, he came to the lady, and told her that he had long been in love with her, and that the hour was now come when she must yield him obedience.

The lady, who had never suspected aught of this, replied—

"I am sure, father, that were I so evilly inclined, you would be the first to cast a stone at me."

"Come out into the courtyard," returned the monk, "and you will see what I have done."

When she beheld the two women and the man lying dead, she was so terrified that she stood like a statue, without uttering a word....