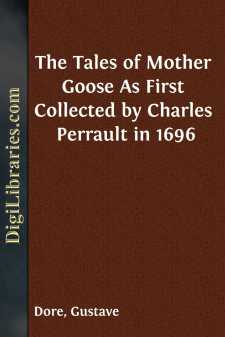 What virtues do these stories possess that have kept them alive for so long a time? They have to some degree stimulated and nourished qualities of supreme worth in individual and social life. With the young the struggle against greed and falsehood and pride and cowardice is a very real one, and situations in which these homely, fundamental traits are involved are full of interest and seriousness. Again, to mature people the reward of well-doing and the punishment of evil conduct portrayed in these stories are apt to seem too realistic, too much also on the cut-and-dried pattern; but it is far different with children. They have a very concrete sense of right and wrong, and they demand a clear, explicit, tangible outcome for every sort of action. They must have concrete, living examples, with the appropriate outcome of each, set before them.

A modest, faithful child will be strengthened in his good qualities; while one lacking these will have them aroused, to some extent at any rate, by following Cinderella in her career. Arrogance and selfishness come to unhappy straits in this fancy world, and they are likely to fare the same in the real world; so it would be better to part company with them, and take up with gentleness and kindliness and faithfulness instead. And every one may be of some help to others if he be only of the right mind. The brother who thought himself faring badly with only a cat for a legacy learns betimes that even so small and apparently helpless a creature may be of much service when he is rightly disposed. A person might think little Thumb could accomplish nothing of value to any one, but he again teaches the child that all depends on the willingness to be of assistance, the good-heartedness, the fellow-feeling which one has for others.

In making this version anew the translator has endeavored to retain the characteristics of the style of the early chap-book versions, while evading the pompous, stilted language and Johnsonian phraseology so fashionable when they were first translated.

The Tales of Mother Goose. CINDERELLA, OR THE LITTLE GLASS SLIPPER.

Once upon a time there was a gentleman who married, for his second wife, the proudest and most haughty woman that ever was seen. She had two daughters of her own, who were, indeed, exactly like her in all things. The gentleman had also a young daughter, of rare goodness and sweetness of temper, which she took from her mother, who was the best creature in the world.

The wedding was scarcely over, when the stepmother's bad temper began to show itself. She could not bear the goodness of this young girl, because it made her own daughters appear the more odious. The stepmother gave her the meanest work in the house to do; she had to scour the dishes, tables, etc., and to scrub the floors and clean out the bedrooms. The poor girl had to sleep in the garret, upon a wretched straw bed, while her sisters lay in fine rooms with inlaid floors, upon beds of the very newest fashion, and where they had looking-glasses so large that they might see themselves at their full length. The poor girl bore all patiently, and dared not complain to her father, who would have scolded her if she had done so, for his wife governed him entirely.

When she had done her work, she used to go into the chimney corner, and sit down among the cinders, hence she was called Cinderwench. The younger sister of the two, who was not so rude and uncivil as the elder, called her Cinderella. However, Cinderella, in spite of her mean apparel, was a hundred times more handsome than her sisters, though they were always richly dressed.

It happened that the King's son gave a ball, and invited to it all persons of fashion. Our young misses were also invited, for they cut a very grand figure among the people of the country-side. They were highly delighted with the invitation, and wonderfully busy in choosing the gowns, petticoats, and head-dresses which might best become them. This made Cinderella's lot still harder, for it was she who ironed her sisters' linen and plaited their ruffles....