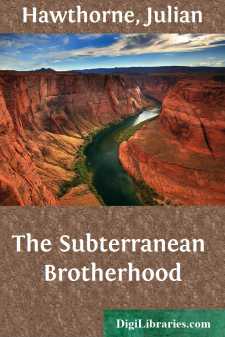 These chapters were begun the day after I got back to New York from the Atlanta penitentiary, and went on from day to day to the end. I did not know, at the start, what the thing would be like at the finish, and I made small effort to make it look shapely and smooth; but the inward impulse in me to write it, somehow, was irresistible, in spite of the other impulse to go off somewhere and rest and forget it all. But I felt that if it were not done then it might never be done at all; and done it must be at any cost. I had promised my mates in prison that I would do it, and I was under no less an obligation, though an unspoken one, to give the public an opportunity to learn at first hand what prison life is, and means. I had myself had no conception of the facts and their significance until I became myself a prisoner, though I had read as much in "prison literature" as most people, perhaps, and had for many years thought on the subject of penal imprisonment. Twenty odd years before, too, I had been struck by William Stead's saying, "Until a man has been in jail, he doesn't know what human life means." But one does not pay that price for knowledge voluntarily, and I had not expected to have the payment forced upon me. I imagined I could understand the feelings of a prisoner without being one. I was to live to acknowledge myself mistaken. And I conceive that other people are in the same deceived condition. So, with all the energy and goodwill of which I am capable, I set myself to do what I could to make them know the truth, and to ask themselves what should or could be done to end a situation so degrading to every one concerned in it, from one end of the line to the other. The situation, indeed, seems all but incredible. Your first thought on being told of it is, It must be an exaggeration or a fabrication. On the contrary, words cannot convey the whole horror and shamefulness of it.

I am conscious of having left out a great deal of it. I found as I went on with this writing that the things to be said were restricted to a few categories. First, the physical prison itself and the routine of life in it must be stated. That is the objective part. Then must be indicated the subjective conditions, those of the prisoner, and of his keepers—what the effect of prison was upon them. Next was to come a presentation of the consequences, deductions and inferences suggested by these conditions. Finally, we would be confronted with the question, What is to be done about it? Such are the main heads of the theme.

But I was tempted to run into detail. Here I will make a pertinent disclosure. During my imprisonment I was made the confidant of the life stories of many of my brethren in the cells. I am receiving through the mails, from day to day, up to the present time, other such tales from released convicts. The aim of them is not to get their tellers before the public and win personal sympathy, but to hold up my hands by supplying data—chapter and verse—in support of the assertions I have made....