The Story of Versailles 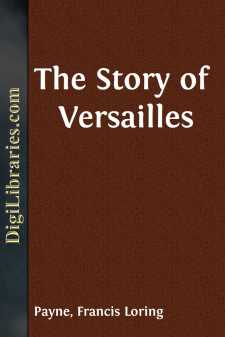 INTRODUCTION A TRAVELER'S REFLECTIONS ON VERSAILLES

From the low heights of Satory we get a complete view of the plains of Versailles--the woods, the town and the sumptuous chateau. The palace on its dais rules the scene. The village and ornamental environment have been constructed to augment its majesty. Even the soil has been "molded into new forms" at a monarch's caprice. Versailles is the expression of monarchy, as conceived by Louis XIV. It is the only epic produced in his reign--a reign so fertile in the other forms of poetry, and in talent of all kinds. What epic ever chronicled the destiny of an epoch in a manner more brilliant and complete? In this poem of stone the manners of heroic and familiar life mingle at every step. Besides the halls and galleries, the theaters of royal estate, there are mysterious passages and sequestered nooks that whisper a thousand secret histories. The palace has two voices, one grave and one gay and trifling. It is full of truths and fictions, tears and smiles. The personages of its drama are as various as life itself; kings, poets, ministers, courtiers, confessors, courtesans, queens without power, and queens with too much power; ambassadors, generals, little abbés and great ladies; nobles, clergy, even the people. For two centuries did this crowd continue to pass and re-pass over these marble floors and under these gilded vaults; and every day its flood became more impetuous, every day it gave way more and more to the whims and passions. And the palace heard all, saw all, spied all--and has retained all, each action in its acted hour, each word in its place. During the two centuries of absolute monarchy, nothing took place that Versailles did not either originate or answer. Every shot that was fired in Flanders, Germany and Spain awakened here an echo. Richelieu was here, the first statesman of the monarchy, and Necker, the last. French literary history is inscribed on its walls, which received within them the great writers of France from Molière to Beaumarchais. Art erected especially for Versailles the schools and systems whose influence has been felt through the succeeding centuries. For Versailles, Lebrun became a painter, Coysevox a sculptor, and Mansard an architect. But it was not France alone that depended on Versailles. Foreign nations sent their representatives to this famous center; the choice spirits of Europe came to visit it.

The history of Versailles was for two centuries the history of civilization. From Versailles may be seen the movement of manners, wars, diplomacy, literature, arts and energies that agitated Europe.

On entering Versailles by the Paris avenue, we see the palace on the summit of the horizon. The houses, scattered here and there and concealed among the trees, appear less to form a town than to accompany the monument raised beyond and above them. Approaching the Place d'Armes, we distinguish the different parts of which the imposing mass of buildings is composed. In the center is a singular bit of architecture....