The Story of Crisco 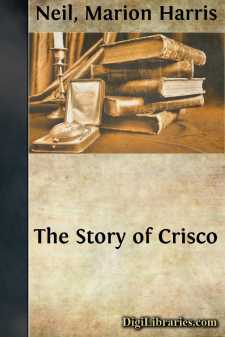 The word "fat" is one of the most interesting in food chemistry. It is the great energy producer. John C. Olsen, A.M., Ph.D., in his book, "Pure Food," states that fats furnish half the total energy obtained by human beings from their food. The three primary, solid cooking fats today are:

There are numbers of substitutes for these, such as butterine, oleomargarine and "lard compounds."

The following pages contain a story of unusual interest to you. For you eat.

The Story of Crisco

The culinary world is revising its entire cook book on account of the advent of Crisco, a new and altogether different cooking fat.

Many wonder that any product could gain the favor of cooking experts so quickly. A few months after the first package was marketed, practically every grocer of the better class in the United States was supplying women with the new product.

This was largely because four classes of people—housewives—chefs—doctors—dietitians—were glad to be shown a product which at once would make for more digestible foods, more economical foods, and better tasting foods.

Cooking methods have undergone a marked change during the past few years. The nation's food is becoming more and more wholesome as a result of different discoveries, new sources of supply, and the intelligent weighing of values. Domestic Science is better understood and more appreciated.

People of the present century are fairer to their stomachs, realizing that their health largely depends upon this faithful and long-suffering servant. Digestion and disposition sound much the same, but a good disposition often is wrecked by a poor digestion.

America has been termed a country of dyspeptics. It is being changed to a land of healthy eaters, consequently happier individuals. Every agent responsible for this national digestive improvement must be gratefully recognized.

It seems strange to many that there can be anything better than butter for cooking, or of greater utility than lard, and the advent of Crisco has been a shock to the older generation, born in an age less progressive than our own, and prone to contend that the old fashioned things are good enough.

But these good folk, when convinced, are the greatest enthusiasts. Grandmother was glad to give up the fatiguing spinning wheel. So the modern woman is glad to stop cooking with expensive butter, animal lard and their inadequate substitutes.

And so, the nation's cook book has been hauled out and is being revised. Upon thousands of pages, the words "lard" and "butter" have been crossed out and the word "Crisco" written in their place.

Great foresight was shown in the making of Crisco.

The quality, as well as the quantity, of lard was diminishing steadily in the face of a growing population. Prices were rising. "The high-cost-of-living" was an oft-repeated phrase. Also, our country was outgrowing its supply of butter. What was needed, therefore, was not a substitute, but something better than these fats, some product which not only would accomplish as much in cookery, but a great deal more....