The Story of Atlantis and the Lost Lemuria 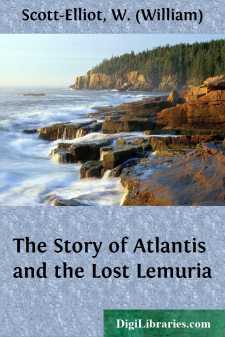 For readers unacquainted with the progress that has been made in recent years by earnest students of occultism attached to the Theosophical Society, the significance of the statement embodied in the following pages would be misapprehended without some preliminary explanation. Historical research has depended for western civilisation hitherto, on written records of one kind or another. When literary memoranda have fallen short, stone monuments have sometimes been available, and fossil remains have given us a few unequivocal, though inarticulate assurances concerning the antiquity of the human race; but modern culture has lost sight of or has overlooked possibilities connected with the investigation of past events, which are independent of fallible evidence transmitted to us by ancient writers. The world at large is thus at present so imperfectly alive to the resources of human faculty, that by most people as yet, the very existence, even as a potentiality, of psychic powers, which some of us all the while are consciously exercising every day, is scornfully denied and derided. The situation is sadly ludicrous from the point of view of those who appreciate the prospects of evolution, because mankind is thus wilfully holding at arm's length, the knowledge that is essential to its own ulterior progress. The maximum cultivation of which the human intellect is susceptible while it denies itself all the resources of its higher spiritual consciousness, can never be more than a preparatory process as compared with that which may set in when the faculties are sufficiently enlarged to enter into conscious relationship with the super-physical planes or aspects of Nature.

For anyone who will have the patience to study the published results of psychic investigation during the last fifty years, the reality of clairvoyance as an occasional phenomenon of human intelligence must establish itself on an immovable foundation. For those who, without being occultists—students that is to say of Nature's loftier aspects, in a position to obtain better teaching than that which any written books can give—for those who merely avail themselves of recorded evidence, a declaration on the part of others of a disbelief in the possibility of clairvoyance, is on a level with the proverbial African's disbelief in ice. But the experiences of clairvoyance that have accumulated on the hands of those who have studied it in connection with mesmerism, do no more than prove the existence in human nature of a capacity for cognizing physical phenomena distant either in space or time, in some way which has nothing to do with the physical senses. Those who have studied the mysteries of clairvoyance in connection with theosophic teaching have been enabled to realize that the ultimate resources of that faculty range as far beyond its humbler manifestations, dealt with by unassisted enquirers, as the resources of the higher mathematics exceed those of the abacus. Clairvoyance, indeed, is of many kinds, all of which fall easily into their places when we appreciate the manner in which human consciousness functions on different planes of Nature....