by John A. Carpenter 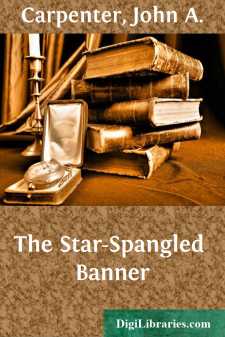 On August 18, 1814, Admiral Cockburn, having returned with his fleet from the West Indies, sent to Secretary Monroe at Washington, the following threat:

SIR: Having been called upon by the Governor-General of the Canadas to aid him in carrying into effect measures of retaliation against the inhabitants of United States for the wanton destruction committed by their army in Upper Canada, it has become imperiously my duty, in conformity with the Governor-General's application, to issue to the naval forces under my command an order to destroy and lay waste such towns and districts upon the coast as may be found assailable.

His fleet was then in the Patuxent River, emptying into the ChesapeakeBay. The towns immediately "assailable," therefore, were Baltimore,Washington, and Annapolis.

Landing at Benedict's, on the Patuxent, the land forces, enervated by a long sea-voyage, marched the first day to Nottingham, the second to Upper Marlborough. At the latter place, a town of some importance, certain British officers were entertained by Dr. Beanes, the principal physician of that neighborhood; and a man well-known throughout southern Maryland. His character as a host was forced upon him, but his services as a physician were freely given, and formed afterward the main plea for his lenient treatment while a prisoner.

As the British army reached Upper Marlborough, General Winder was concentrating his troops at Bladensburg. The duty of assigning the regiments to their several positions as they arrived on the field was performed by Francis Scott Key, a young aide-de-camp to General Smith. Key was a practising lawyer in Washington who had a liking for the military profession. He was on duty during the hot and dusty days which ended in the defeat of the American army. Subsequently, he could have read a newspaper at his residence in Georgetown by the light of the burning public buildings at Washington, and he passed with indignant heart the ruins left by the retreating army when, after a night of frightful storm, they silently departed in a disorderly forced march of thirty-five miles, to Upper Marlborough. He then knew what any other city might expect upon which the "foul footsteps' pollution" of the British might come.

The sorry appearance of the British army gave the Marlborough people the idea that it had been defeated, and on the afternoon of the following day Dr. Beanes and his friends celebrated a supposed victory. Had they stayed in the noble old mansion that the worthy but irascible doctor inhabited near Marlborough, "The Star-Spangled Banner" would never have been written. Tempted by the balminess of a warm September afternoon, however, the party adjoined to a spring near the house, where, the negro servant having carried out the proper utensils, the cool water was tempered with those ingredients which mingle their congenial essences to make up that still seductive drink, a Maryland punch. It warms the heart, but if used too freely it makes a man hot-tempered, disputatious, and belligerent. Amid the patriotic jollity, therefore, when three British soldiers, belated, dusty, and thirsty, came to the spring on their way to the retreating army, their boasting met with an incredulous denial, which soon led to their summary arrest as chicken-stealers and public enemies....