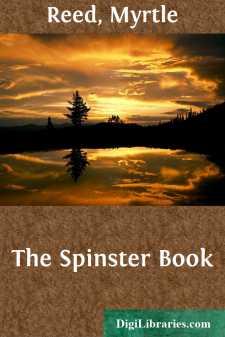 In order to be happy, a woman needs only a good digestion, a satisfactory complexion, and a lover. The first requirement being met, the second is not difficult to obtain, and the third follows as a matter of course.

He was a wise philosopher who first considered crime as disease, for women are naturally sweet-tempered and charming. The shrew and the scold are to be reformed only by a physician, and as for nagging, is it not allopathic scolding in homeopathic doses?

A well woman is usually a happy one, and incidentally, those around her share her content. The irritation produced by fifteen minutes of nagging speaks volumes for the personal influence which might be directed the other way, and the desired result more easily obtained.

The sun around which woman revolves is Love. Her whole life is spent in search of it, consciously or unconsciously. Incidental diversions in the way of "career" and "independence" are usually caused by domestic unhappiness, or, in the case of spinsters, the fear of it.

If all men were lovers, there would be no "new woman" movement, no sociological studies of "Woman in Business," no ponderous analyses of "The Industrial Condition of Women" in weighty journals. Still more than a man, a woman needs a home, though it be but the tiniest room.

Even the self-reliant woman of affairs who battles bravely by day in the commercial arena has her little nook, made dainty by feminine touches, to which she gladly creeps at night. Would it not be sweeter if it were shared by one who would always love her? As truly as she needs her bread and meat, woman needs love, and, did he but know it, man needs it too, though in lesser degree.

The Verity and the Vision

Lacking the daily expression of it which is the sweet unction of her hungry soul, she seeks solace in an ideal world of her own making. It is because the verity jars upon her vision that she takes a melancholy view of life.

One of woman's keenest pleasures is sorrow. Her tears are not all pain. She goes to the theatre, not to laugh, but to weep. The clever playwright who closes his last scene with a bitter parting is sure of a large clientage, composed almost wholly of women. Sad books are written by men, with an eye to women readers, and women dearly love to wear the willow in print.

Women are unconscious queens of tragedy. Each one, in thought, plays to a sympathetic but invisible audience. She lifts her daily living to a plane of art, finding in fiction, music, pictures, and the stage continual reminders of her own experience.

Does her husband, distraught with business cares, leave her hurriedly and without the customary morning kiss? Woman, on her way to market, rapidly reviews similar instances in fiction, in which this first forgetting proved to be "the little rift within the lute."

The pictures of distracted ladies, wild as to hair and vision, are sold in photogravure by countless thousands—to women. An attraction on the boards which is rumoured to be "so sad," leads woman to economise in the matter of roasts and desserts that she may go and enjoy an afternoon of misery....