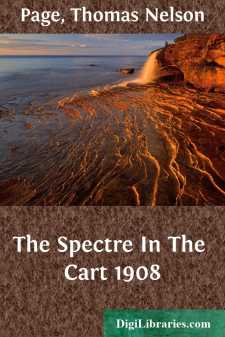 I had not seen my friend Stokeman since we were at college together, and now naturally we fell to talking of old times. I remembered him as a hard-headed man without a particle of superstition, if such a thing be possible in a land where we are brought up on superstition, from the bottle. He was at that time full of life and of enjoyment of whatever it brought. I found now that his wild and almost reckless spirits had been tempered by the years which had passed as I should not have believed possible, and that gravity had taken place of the gaiety for which he was then noted.

He used to maintain, I remember, that there was no apparition or supernatural manifestation, or series of circumstances pointing to such a manifestation, however strongly substantiated they appeared to be, that could not be explained on purely natural grounds.

During our stay at college a somewhat notable instance of what was by many supposed to be a supernatural manifestation occurred in a deserted house on a remote plantation in an adjoining county.

It baffled all investigation, and got into the newspapers, recalling the Cock Lane ghost, and many more less celebrated apparitions. Parties were organized to investigate it, but were baffled. Stokeman, on a bet of a box of cigars, volunteered to go out alone and explode the fraud; and did so, not only putting the restless spirit to flight, but capturing it and dragging it into town as the physical and indisputable witness both of the truth of his theory and of his personal courage. The exploit gave him immense notoriety in our little world.

I was, therefore, no little surprised to hear him say seriously now that he had come to understand how people saw apparitions.

"I have seen them myself," he added, gravely.

"You do not mean it!" I sat bolt upright in my chair in my astonishment. I had myself, largely through his influence, become a sceptic in matters relating to the supernatural.

"Yes, I have seen ghosts. They not only have appeared to me, but were as real to my ocular vision as any other external physical object which I saw with my eyes.

"Of course, it was an hallucination. Tell me; I can explain it."

"I explained it myself," he said, dryly. "But it left me with a little less conceit and a little more sympathy with the hallucinations of others not so gifted."

It was a fair hit.

"In the year—," he went on, after a brief period of reflection, "I was the State's Attorney for my native county, to which office I had been elected a few years after I left college, and the year we emancipated ourselves from carpet-bag rule, and I so remained until I was appointed to the bench. I had a personal acquaintance, pleasant or otherwise, with every man in the county. The district was a close one, and I could almost have given the census of the population. I knew every man who was for me and almost every one who was against me. There were few neutrals. In those times much hung on the elections. There was no borderland. Men were either warmly for you or hotly against you.

"We thought we were getting into smooth water, where the sailing was clear, when the storm suddenly appeared about to rise again. In the canvass of that year the election was closer than ever and the contest hotter.

"Among those who went over when the lines were thus sharply drawn was an old darky named Joel Turnell, who had been a slave of one of my nearest neighbors, Mr. Eaton, and whom I had known all my life as an easygoing, palavering old fellow with not much principle, but with kindly manners and a likable way. He had always claimed to be a supporter of mine, being one of the two or three negroes in the county who professed to vote with the whites....